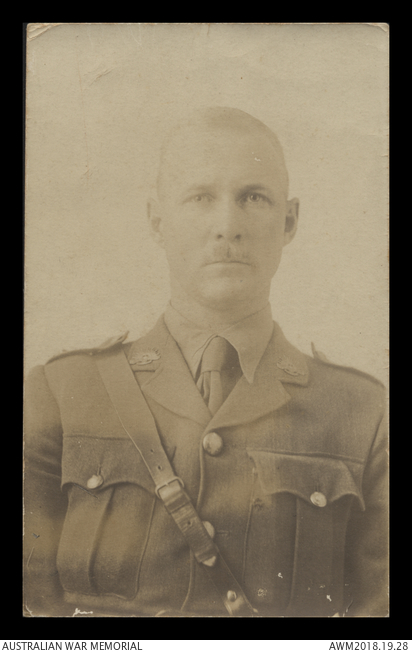 Lieutenant John (Jack) Hampden Barton was born 9 April 1888 at Dubbo, New South Wales, to Arthur Sterling Barton and his wife Lucy (nee Smith). The couple had four boys and four girls, with John being the third child and eldest son. John grew up in the Walgett area and completed his schooling at All Saints School in Bathurst.
John worked as a grazier around Walgett and on his uncle’s property in Longreach Queensland prior to the war. He was in partnership with his father and Fred Taylor when he enlisted on 29 November 1915. Upon graduating from officer’s school, John was assigned to the 54th Battalion.
As part of the 54th Battalion 9th Reinforcement, Barton embarked from Australia on board the HMAT Anchises on 24 January 1917. He joined up with the rest of the battalion at Warloy, France 26 June 1917. After a few months of training, his first major battle was at Polygon Wood in late September 1917. He led the 11th Platoon, C Company through battles at Corbie, Villers-Bretonneux and Hamel. John received a slight wound on his birthday in 1918 near Aubingy, France, when his platoon came under heavy shelling, killing and wounding a number of Head Quarters officers and other ranks. After some further close shaves, he fought in the battalion’s last battle of the war around St Quentin Canal between 29 September and 2 October 1918. These battles are mentioned in John’s book One year with the platoon, which was compiled from the diary he kept during his service. He was transferred to the 55th battalion on 11 October 1918 and returned to Australia with this battalion on 27 April 1919.
In July 1919 John Barton married Myee Australie Martin, the daughter of Francis George Martin, a bank manager from Dungog. John’s father had died while he was serving, so he initially returned to the property at Walgett, but later purchased his own property called ‘Derrima’ at Collarenebri, New South Wales. During the Second World War, he served with the Volunteer Defence Corps, and retired to Sydney after the war. John and Myee had three children: Patricia, John and Alan. John Hampden Barton died on 12 March 1969 at Gordon, New South Wales. 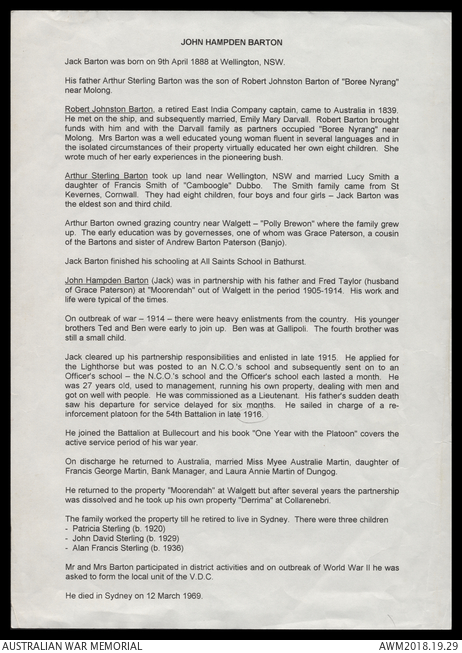 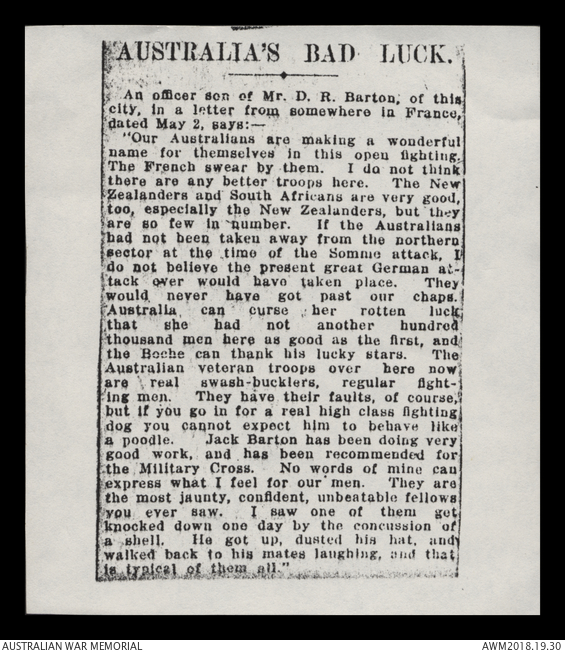 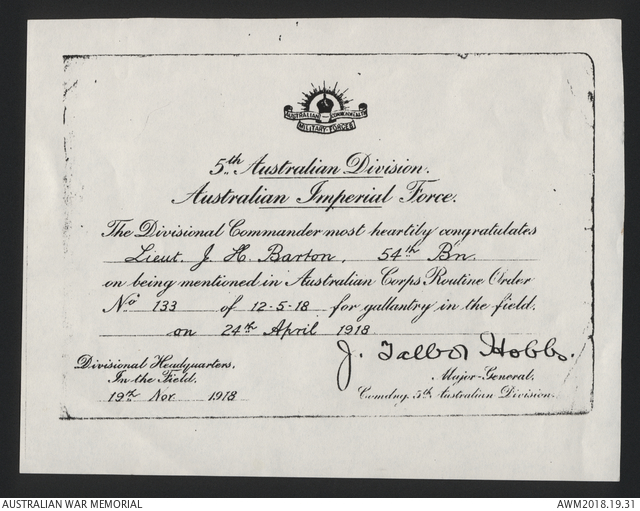 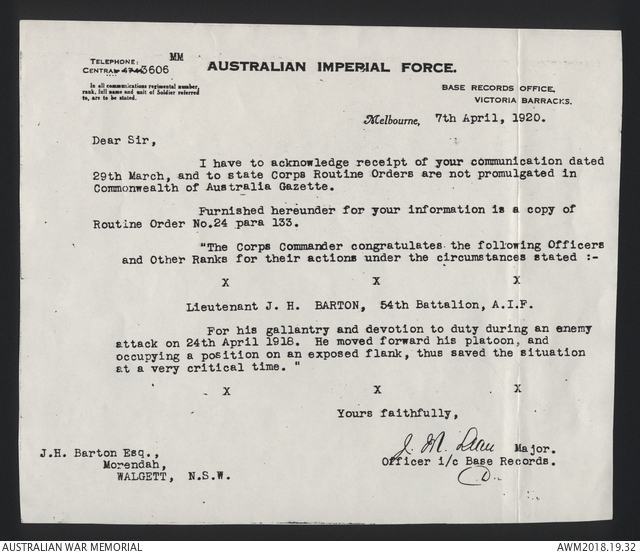 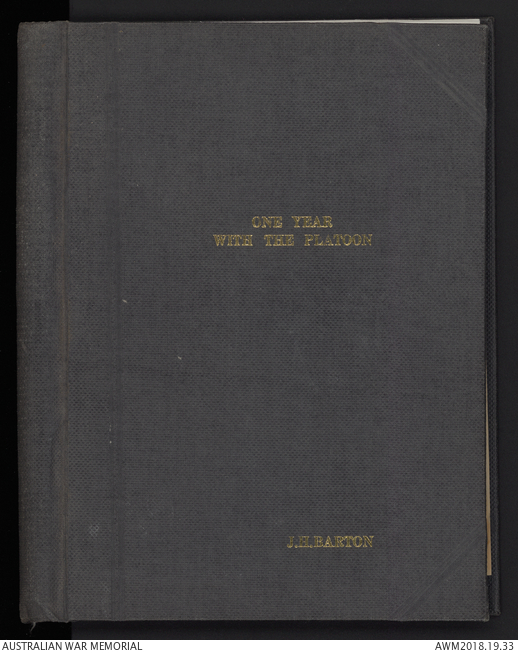