Henry ‘Harry’ Herbert Neaves was born in Wollongong on 11 December 1892 to Charles and Emma James Neaves, one of eight children. Before the war, Henry worked as a law clerk for the Crown Solicitors’ office in New South Wales.
Henry enlisted in the AIF on the 21st May along with the 13th Battalion, 8th Reinforcements, embarking from Sydney on board the HMAT Runic on the 9 August 1915. He served at Gallipoli and was promoted to sergeant on 3rd December 1915.
During March of 1916, Henry was transferred to the 45th Battalion as part of the Expansion and re-organisation of the Australian Imperial Force (AIF) in Egypt. He served in France with the 45th battalion working as the company quartermaster sergeant for C Company.
He was promoted in the field to be a Second Lieutenant on the 5 February 1917 and was then promoted again to be a lieutenant in June of that same year. He continued serving with the 45th Battalion until he received a gunshot wound in the back in August of 1918 after which, he was sent to England to recuperate. He did not re-join his battalion until after the war had ended in January of 1919.
On the 1st of January, Henry received a Military Cross for conspicuous bravery and devotion to duty on the 5th April 1918 near Dernancourt.
Henry returned to Australia on the 1 July 1919 and his appoint in the AIF was terminated on the 20 October 1919.
In March of 1920 Henry enlisted in the law school of the University of Sydney and obtained a Bachelor of Law in 1924. During this period Herbert married Ida Florence Jones in 1921 and they had a son Alan Reginald born in 1924.
Henry Herbert Neaves died in his home at Canterbury, New South Wales after a long illness on the 22 February 1933. He is buried in Rookwood Cemetery, Rookwood, New South Wales.
Henry’s brother, Alfred Ernst Neaves enlisted in the AIF on the 4th February 1915 with the 12th light horse and died of fatal wounds received in action on the 3 September 1915 and is buried at Beach Cemetery, Gallipoli. Henry’s son 131192 Alan Reginald Neaves enlisted in the RAAF on 16 February 1943 and was discharged on 11 February 1946. Alan went on to also get a Bachelor of Law from the University of Sydney and work in the crown solicitors’ office. He was head of the Attorney-General's Department between 1979 and 1983, and as a Federal Court judge between 1983 and 1995. 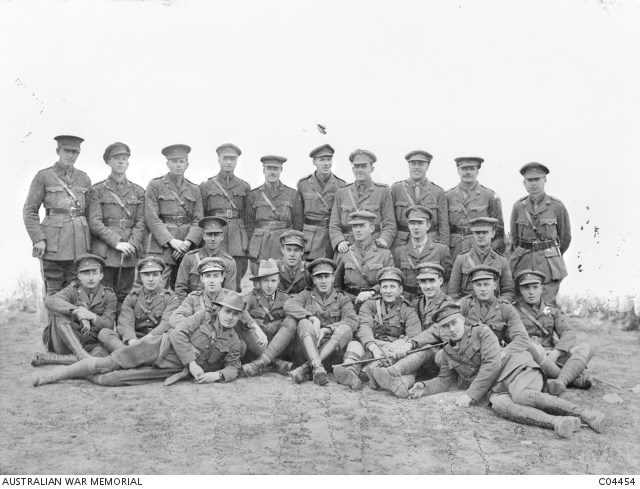 Group portrait of officers of the 45th Battalion AIF, photographed shortly before taking part in ... 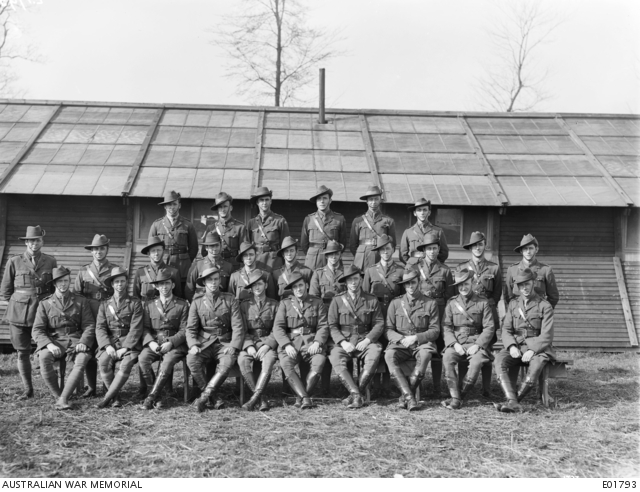 Group portrait of the officers of the 45th Battalion. Identified from left to right, back row: ... 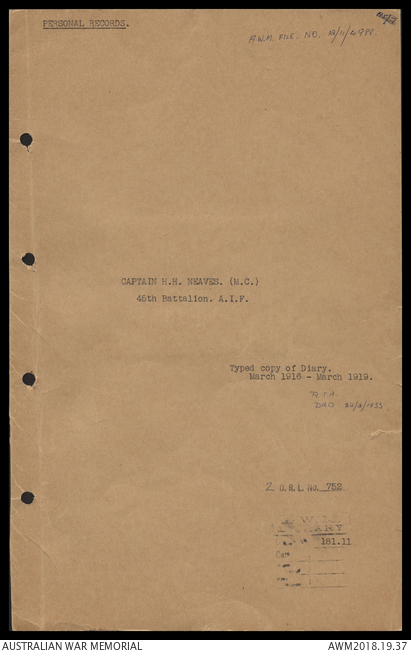 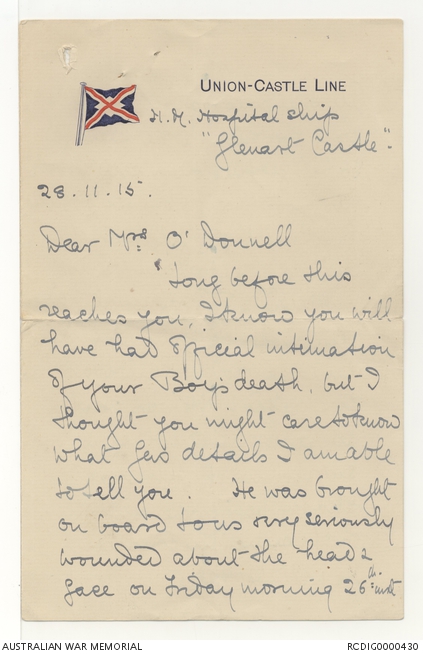