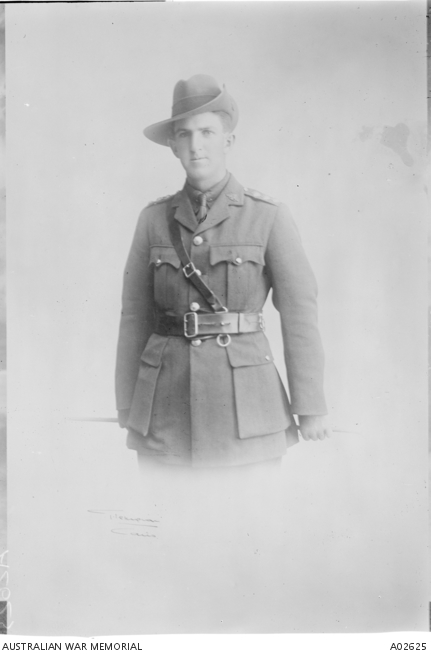 Frederick Phillimore Howell-Price was born on 11 June 1888 at Kiama, New South Wales as the third son of Isobel nee Winchcombe and Reverend John Howell Price. Frederick was educated at Windsor Grammar School and was employed as a bank clerk with the Commercial Banking Co. of Sydney when he enlisted in the Australian Imperial Force on the 17 September 1914. He was initially enlisted as a driver in the 6th Company, Australian Army Service Corps, but was promoted to second lieutenant on 16 December 1914.

Frederick Phillimore Howell-Price embarked from Sydney, Australia on board the HMAT Port Macquarie on 21 December 1914 along with other members of the 6th Company, Australian Army Service Corps as part of the 2nd Light Horse Brigade [Divisional] Train. He left Egypt for Gallipoli on 27 September and was quickly promoted to lieutenant in November 1915. He continued to serve at Gallipoli until the evacuation in December 1915. Frederick then returned to Egypt and was eager to re-join the front line. After his unit was disbanded in March of 1916 he was transferred to the Anzac Mounted Divisional Train. He was promoted to captain in July, and was appointed supply officer to the 2nd Light Horse Brigade by September 1916. By February 1917 Howell-Price was the supply officer of the 4th Light Horse Brigade, and senior supply officer of the Australian Mounted Division by August 1917. By January of 1918 he had been promoted to Major and became the deputy assistant director of supply and transport to the Desert Mounted Corps. While the Assistant Director of Supplies and Transport was in hospital in October 1918, he carried out the duties and administrating supply and transport of the Corps. In January of 1919, Howell-Price was mentioned in Despatches and in June of 1919 received the Distinguished Service Order and was mentioned in Despatches again.
After returning to Australia in May of 1919 Frederick rejoined the Commercial Banking Co, and married Mabel Constance Beer on 24 July 1919 in Randwick.

Studio portrait of Major Frederick Phillimore Howell-Price DSO. He enlisted as a driver in 6th ... 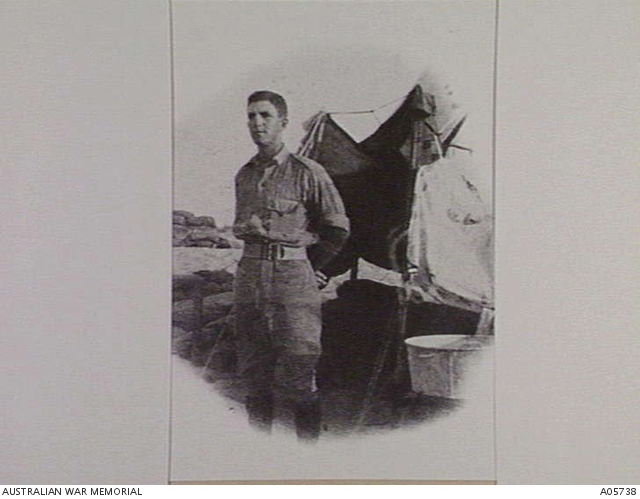 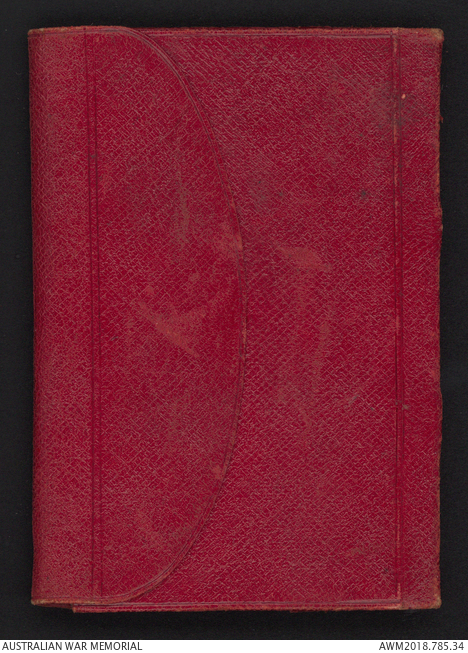 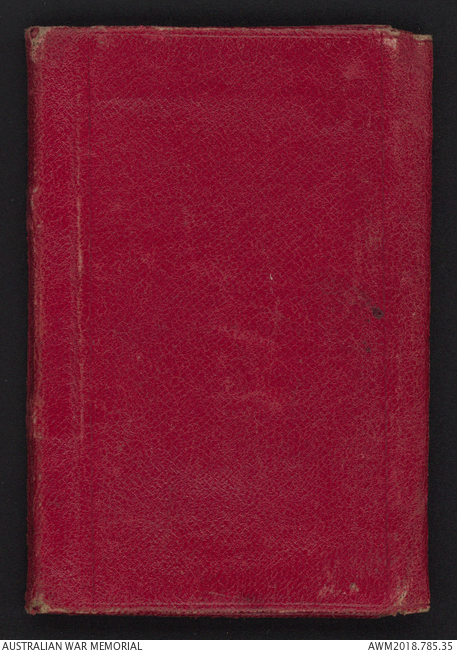 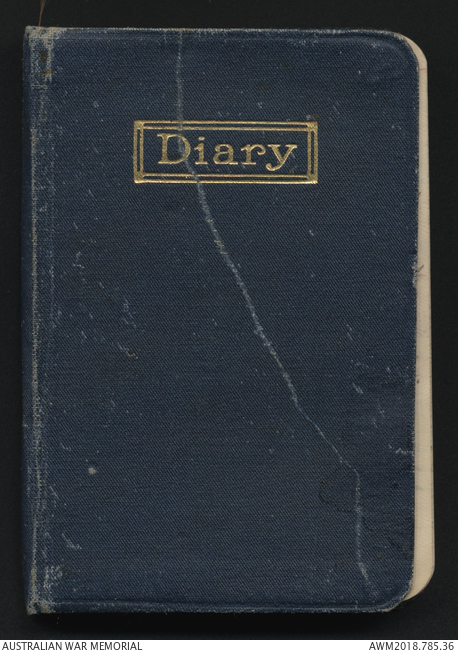 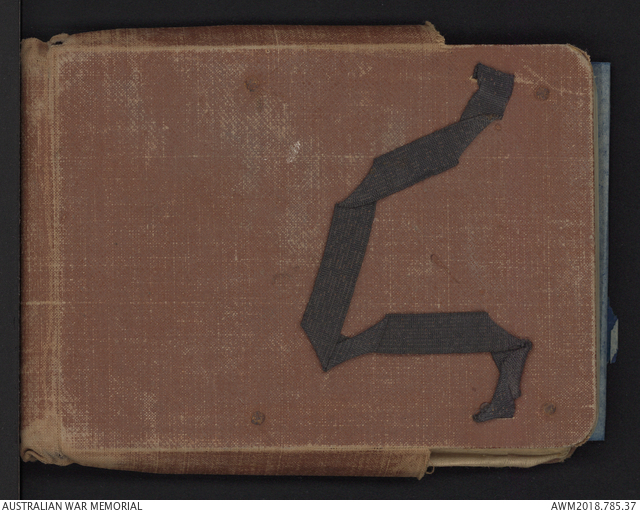 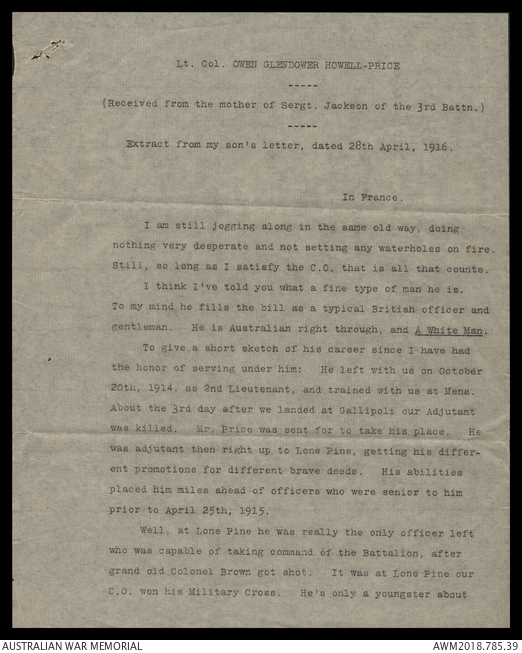