Leonard 'Len' William Dorricott was born in Shropshire, England, in 1923 and volunteered for the RAF aged 17. He undertook basic training in England and further training in Canada and at the University of Miami in Florida. Dorricott returned to England and flew as a navigator on Second World War bombing operations over Germany, Italy and the North Sea, including in 'G for George' as a member of 460 Squadron. Dorricott flew on Operation Manna, which provided famine relief to German-occupied Holland, and Operation Exodus, which repatriated liberated prisoners of war to Britain, and was awarded the Distinguished Flying Medal in 1943. After the war, Dorricott took an engineering degree and became a gas turbine specialist. A keen amateur photographer, he was very active in the Bromoil Circle of Great Britain. Leonard Dorricott died at the age of 81 in 2014. 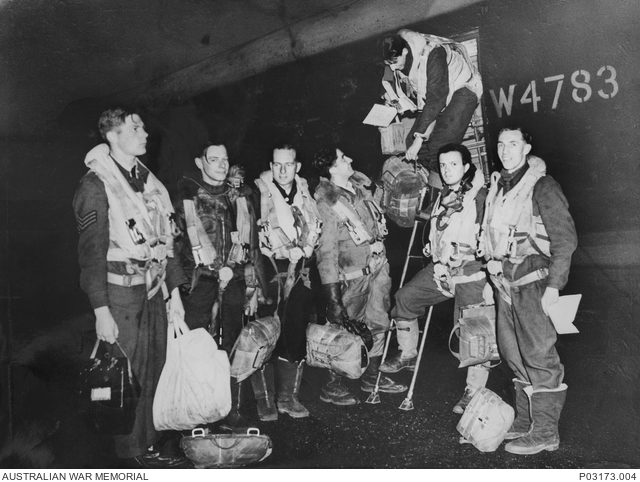