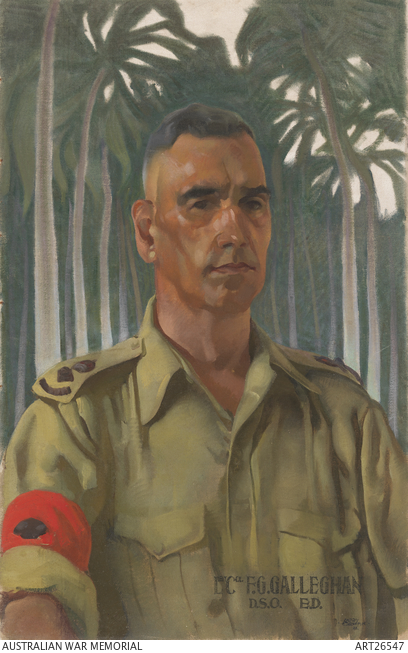 Frederick Galleghan was a Second World War battalion commander, who won acclaim and respect as the commander of Australian prisoners in Changi. He was born on 11 January 1897 at Jesmond, New South Wales, completed his schooling in Newcastle, and became a telegraph messenger in the Postmaster-General's Department.

He had been in the cadets for seven years when, in January 1916, he enlisted in the AIF and was posted to the 34th Battalion. He was wounded twice while serving on the Western Front, was invalided home in late 1918, and was discharged in March 1919, disappointed that he had not received a commission.

In November 1922, Galleghan married Vera Dawson (d.1967), a theatre employee at The Strand Theatre, Newcastle. They married at the Baptist Tabernacle, Cooks Hill and had a long and happy marriage. He worked in a variety of public service positions before joining the Attorney General's office in 1936. In the meantime he had been serving in the militia, having been commissioned as a lieutenant in 1919. By 1932 he had been promoted to lieutenant colonel and in subsequent years commanded a succession of battalions. He joined the AIF on 18 March 1940 and in October took command of the 2/30th Battalion.

The unit sailed for Singapore in July 1941; in January 1942 Galleghan led a successful ambush against a superior Japanese force at Gemas in southern Malaya. He was awarded the Distinguished Service Order but became a prisoner of war after the surrender of Singapore. In Changi in August 1942 he became commander of AIF prisoners; in March 1944 he became deputy commander of Allied prisoners in Malaya.

He was given the name "Black Jack" for his complexion, dark hair, and brown eyes. He was a stern figure with a natural air of authority that brooked no dissent. Some officers claimed to have feared Galleghan more than they did the Japanese. Nevertheless he is said to have been a respected leader who understood that his men's survival depended on their morale, which he maintained through the imposition of military discipline.

After liberation he told his men that they were returning home as soldiers not prisoners and subsequently refused to be associated with prisoner-of-war organisations. He was promoted to colonel and honorary brigadier, made retrospective to 1942, and transferred to the retired list in January 1946.

Galleghan headed the Australian Military Mission to Germany in 1948-49 as an honorary major general and became involved in helping displaced persons to immigrate to Australia. He retired from the public service in 1959 and served as honorary secretary of the Royal Humane Society of New South Wales between 1959-70. He also worked with both the Services Canteens Trust and Australian Cadet Corps during his retirement.

In 1969 Galleghan was knighted for his services to veterans. In the same year he married for a second time to Persia Elspbeth Porter, a widow and State commandant of the Voluntary Aid Service Corps. He died on 20 April 1971 in Mosman, Sydney. 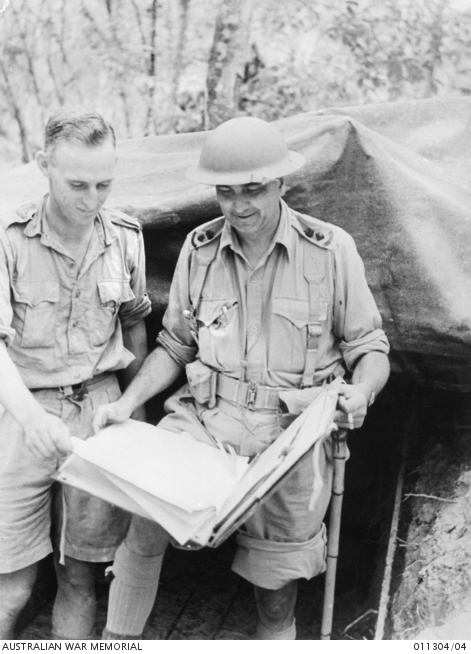 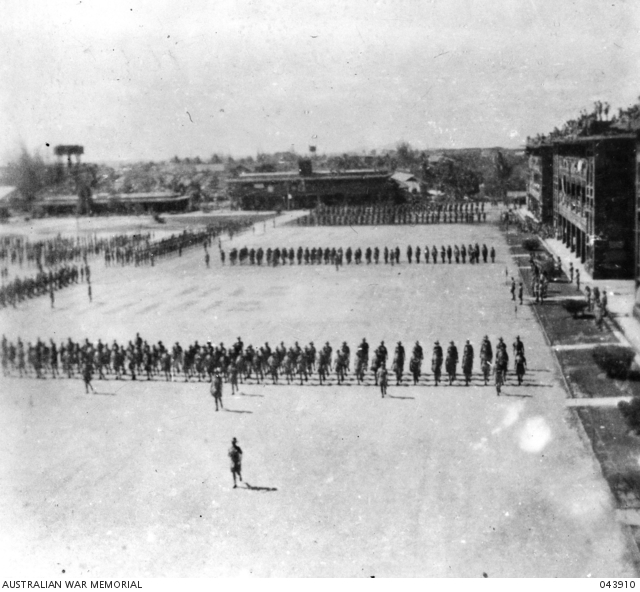 MEMBERS OF 2/30 INFANTRY BATTALION MARCHING PAST DURING A CEREMONIAL PARADE HELD ON SELARANG ...

MEMBERS OF 2/30 INFANTRY BATTALION MARCHING PAST DURING A CEREMONIAL PARADE HELD ON SELARANG ... 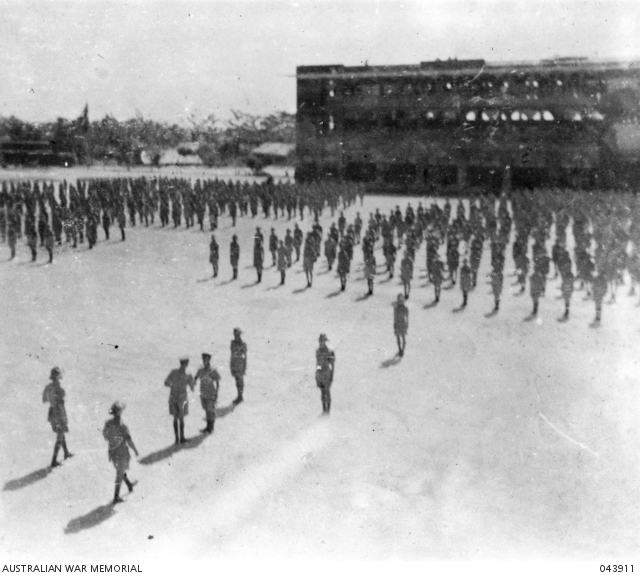