Arthur Allen was born on 10 March 1894 at Hurstville, Sydney. He attended Hurstville Superior Public School before gaining work as an audit clerk with the New South Wales Government Railways. He also joined the cadets and then the 39th Battalion of the Australian Military Forces.

He was commissioned in 1913 and appointed to the Australian Imperial Force (AIF) on 24 June 1915. He embarked for Egypt with reinforcements for the 13th Battalion in August. In March 1916 he was promoted to captain and assigned to the 45th Battalion. Allen arrived in France on 8 June 1916 and fought at Pozieres in August. He remained in the front line on the Somme into 1917 and led his men through the battle of Messines in June. His leadership amidst heavy losses earned Allen the Distinguished Service Order and a promotion to major in July. He continued to lead men in combat, at Dernancourt in April 1918 and then as a lieutenant colonel in charge of the 48th Battalion at Monument Wood.

In June 1918 Allen went to England to attend the senior officers' course at Aldershot. Less than two weeks after the war ended Allen, aged 24, was promoted to lieutenant colonel and given command of the 13th Battalion. He was awarded the French Croix de Guerre for his service on the Western Front; his appointment with the AIF ended on 10 November 1919.

He became an accountant after the war and in December 1921 married Agnes Blair. Allen remained active in the militia and his accounting career continued parallel to his military career. In 1933 he became a full colonel in charge of the 14th Brigade. Five years later, in 1938, he became a brigadier and in October 1939 was given command of the 16th Brigade in the AIFï's 6th Division. His experience of battle informed his leadership and his rotund stature earned him the nickname 'Tubby'.

By 1940 Allen was in the Middle East and his brigade fought at Bardia and Tobruk. In March he left North Africa for the ill-fated Greek campaign, for which he was awarded the Greek Military Cross. His next campaign, in command of the 7th Division against the Vichy French in Syria, was more successful and he was promoted to general in August 1941. He returned to Australia in March 1942 and in August took charge of operations against the Japanese advance on Port Moresby. Again successful, Allen nevertheless came under what many consider unfair criticism from American General Douglas MacArthur and Australian General Thomas Blamey for moving too slowly in pursuit of the Japanese across the Owen Stanley ranges. He was relieved of his command on 29 October. Lesser appointments followed but in October 1944 Blamey recommended Allen be appointed Knight Commander of the Order of the British Empire.

After the war Allen became a senior partner in a Sydney accountancy firm. He died in January 1959 and was given a military funeral before being cremated. He was survived by his wife and two sons.

SYDNEY - AN OFFICER BRIG A.S. ALLEN, 16TH BDE. SALUTES AS THE TROOPS PASS THE SALUTING BASE. ... 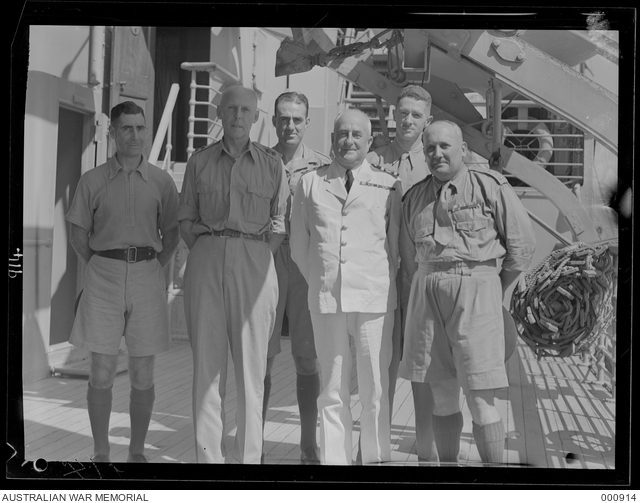 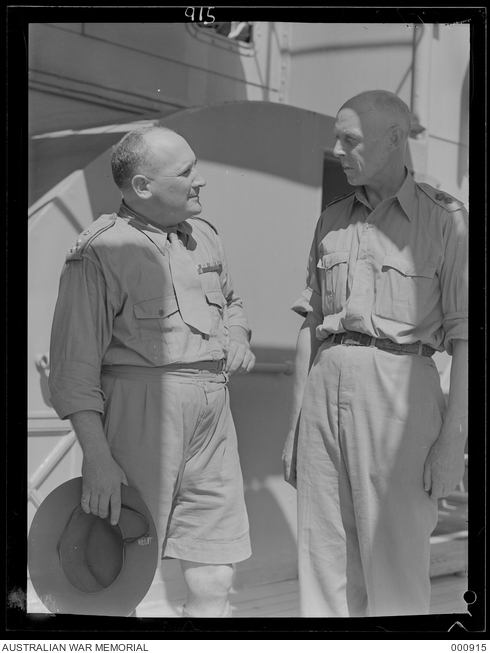 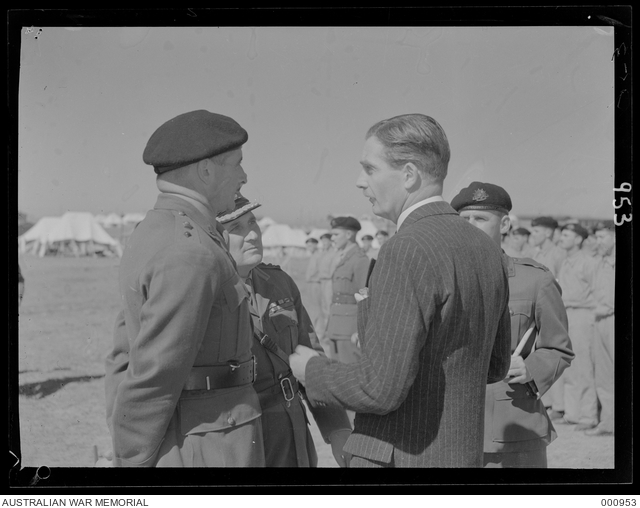 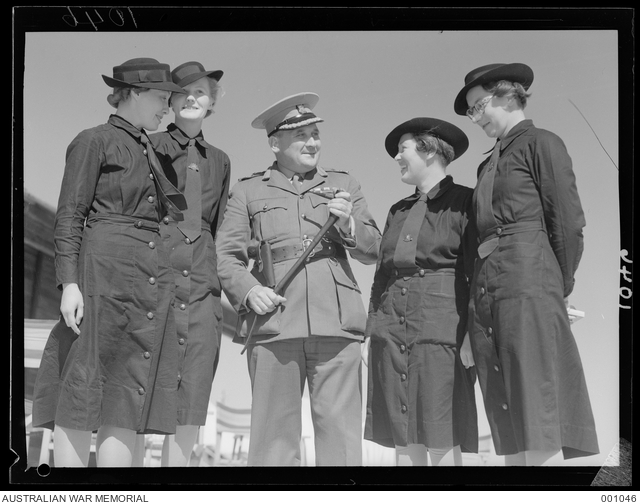 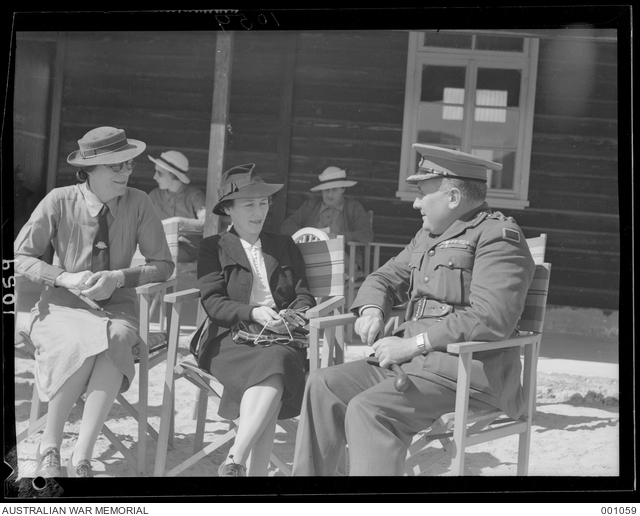 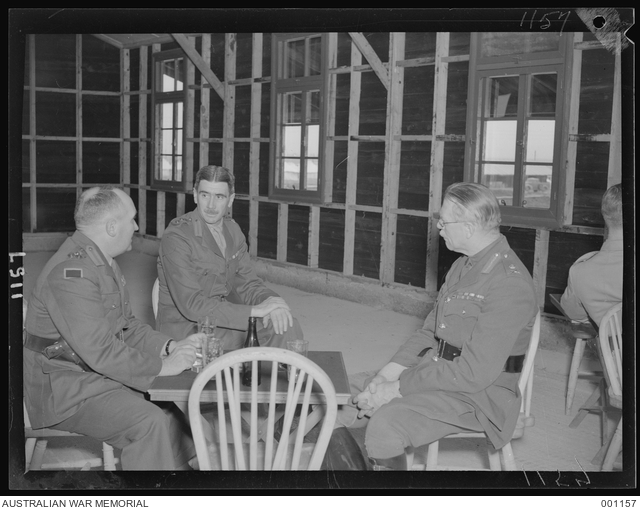 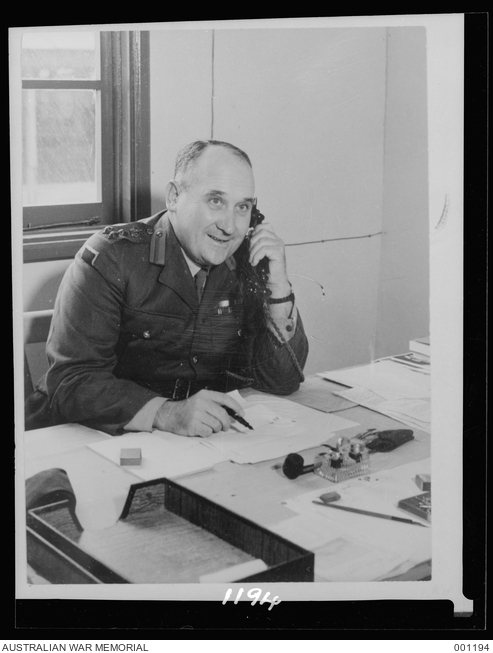