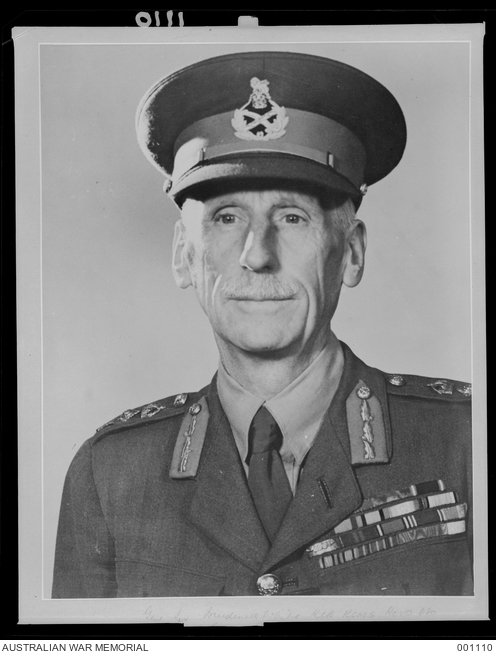 White was one of the founders of the AIF and rose to become Chief of the General Staff. He was born on 23 September 1876 at St Arnaud, Victoria. He became a bank clerk at the age of 16 and in 1896, aged 20, he joined the 2nd Queensland Regiment.

White transferred to the permanent forces and was commissioned into the Queensland Regiment of the Royal Australian Artillery in June 1899. In February 1902 he sailed for South Africa with the Australian Commonwealth Horse, arriving late in the war he saw little action and returned to Australia in July.

In 1904 White was appointed Aide-de-Camp to the General Officer Commanding the Australian Military Forces (AMF) and the following year, in November, he married Ethel Davidson. In 1906 he became the first AMF officer to attend the British Staff College. Returning to Australia in 1908, he was promoted to captain, joined Colonel William Bridges' staff but soon returned to England on exchange to the War Office.

Having been promoted to major in 1911, White returned to Australia in 1912 to take up the post of Director of Military Operations at Army Headquarters, Melbourne where he formulated plans for raising, equipping, training and despatching the Australian component of a combined Australian/New Zealand division should war arise. White was made acting Chief of the General Staff in July 1914 and upon the outbreak of war August, having prepared, was able to meet the Government's offer to Britain of a force of 20,000 men for overseas service.

He became Chief of Staff of the 1st Australian Division, AIF, had the first contingent in Egypt by December 1914 and planned the landing at Gallipoli. He was promoted to brigadier general in October 1915, and planned and supervised the evacuation of Anzac. Back in Egypt he was largely responsible for overseeing the AIF's expansion and he went to France as Brigadier General, General Staff, AIF.

Although the AIF was commanded by the British general William Birdwood, White has been credited as being the driving force behind its operation on the Western Front. In January 1917 he was promoted to temporary major general. That July he rejected an offer to command the Australian Corps and remained a member of Birdwood's staff. The following June, White followed Birdwood, now appointed to command the British 5th Army, and became Major General, General Staff, 5th Army.

In November 1918 White was promoted to temporary lieutenant general and made Chief of Staff, having briefly presided over the Demobilisation and Repatriation Branch. He returned to Australia in June 1919 and worked on the future organisation of the AMF. He retired in 1923 and was appointed Chairman of the Commonwealth Public Service Board, becoming responsible for overseeing the transfer of departments from Melbourne to Canberra. Upon retiring in 1928, he continued to serve on a number of business and charitable boards, including the Board of the Australian War Memorial.

In 1940 he was recalled to become Chief of the General Staff, but his tenure was short-lived. On 13 August 1940, White was killed in an aircraft crash near Canberra airport. 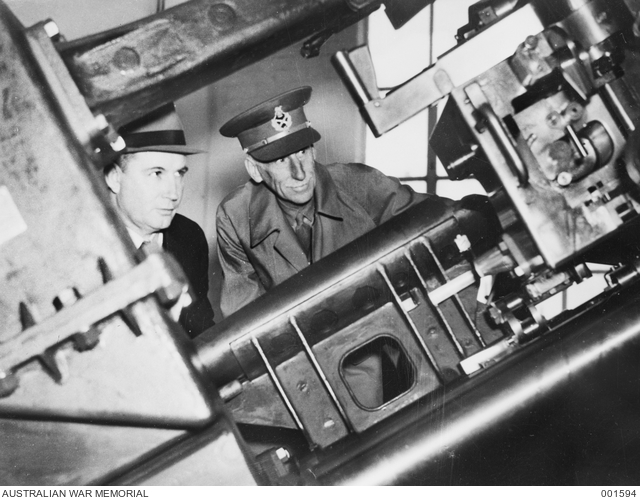 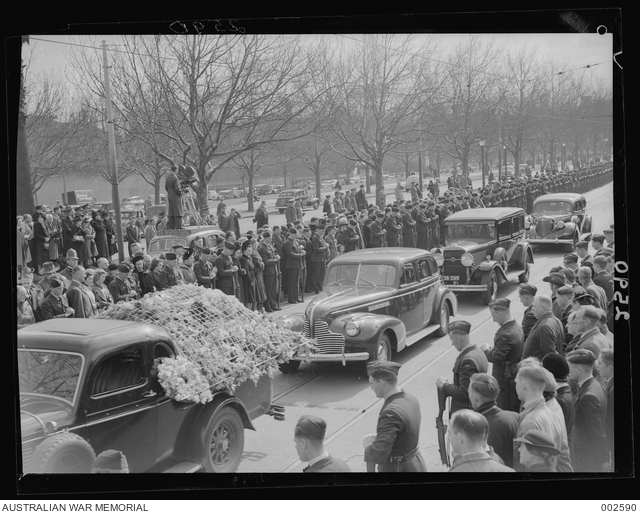 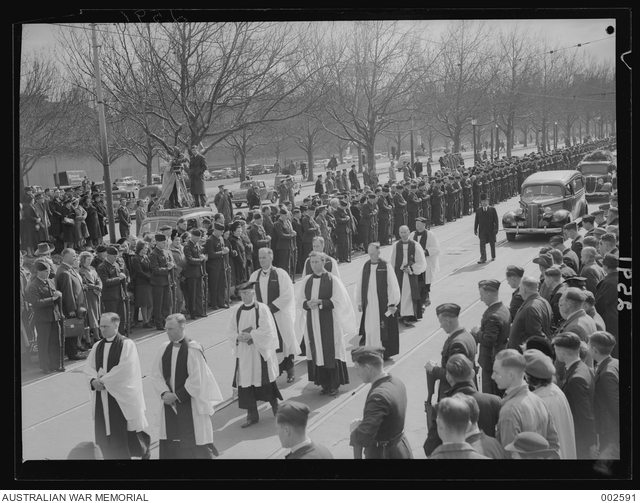 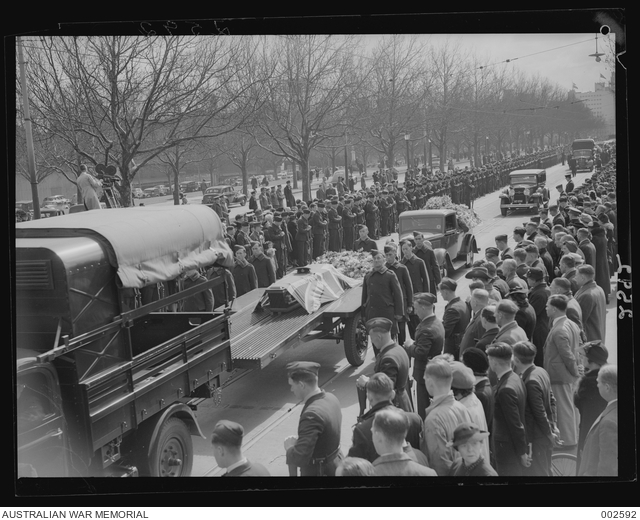 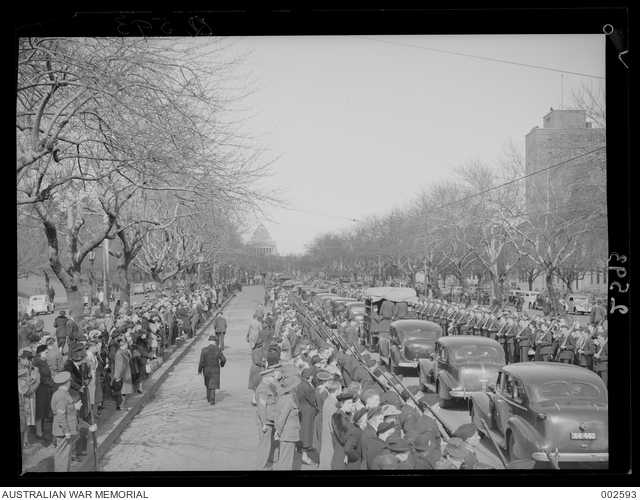 STATE FUNERAL PASSING ALONG ST KILDA ROAD WITH THE SHRINE OF REMEMBRANCE IN THE BACKGROUND. THE ... 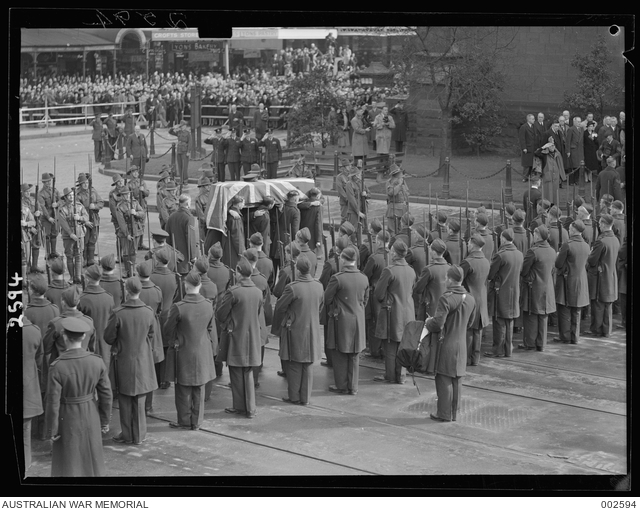 STATE FUNERAL ARRIVING AT ST PAULS CATHEDRAL. A FLAG DRAPED COFFIN IS BEING CARRIED TOWARDS THE ... 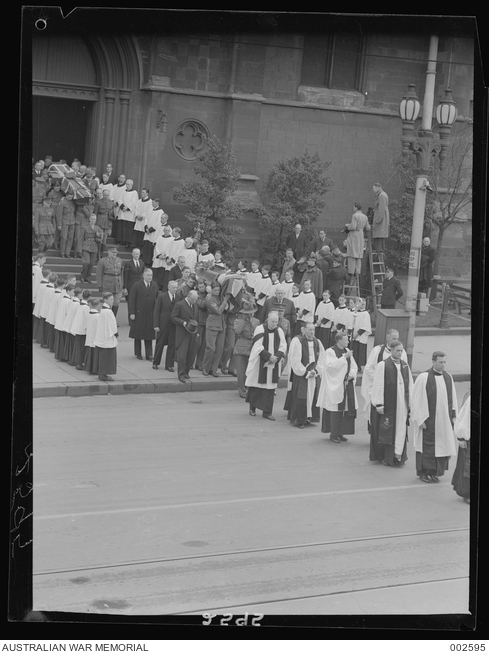 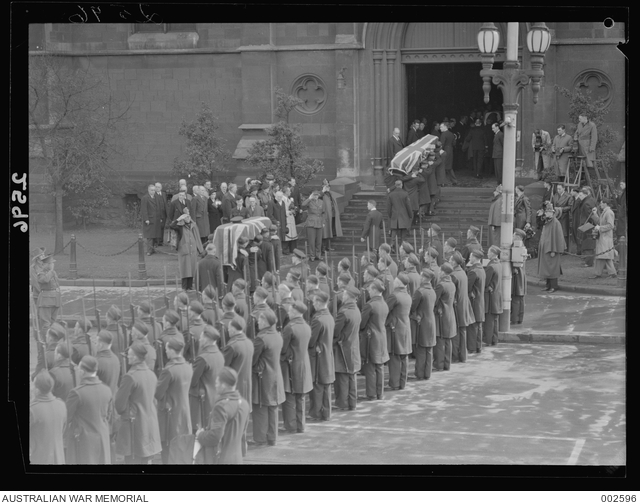 STATE FUNERAL ARRIVING AT ST PAULS CATHEDRAL. TWO FLAG DRAPED COFFINS ARE BEING CARRIED INTO THE ... 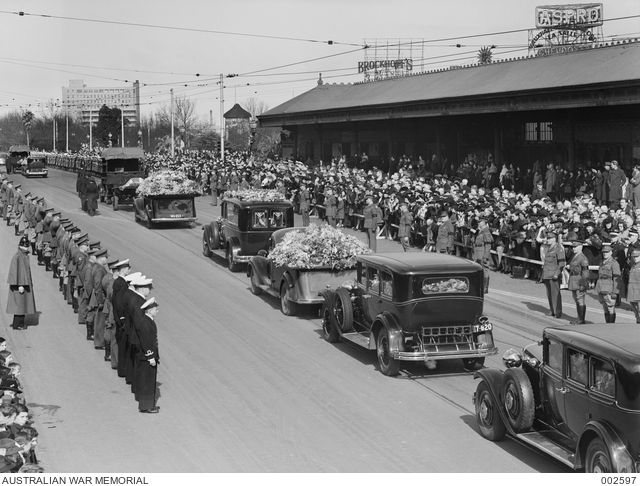 STATE FUNERAL PASSING ALONG ST KILDA ROAD AFTER COMPLETION OF THE FUNERAL SERVICE AT ST PAULS ...