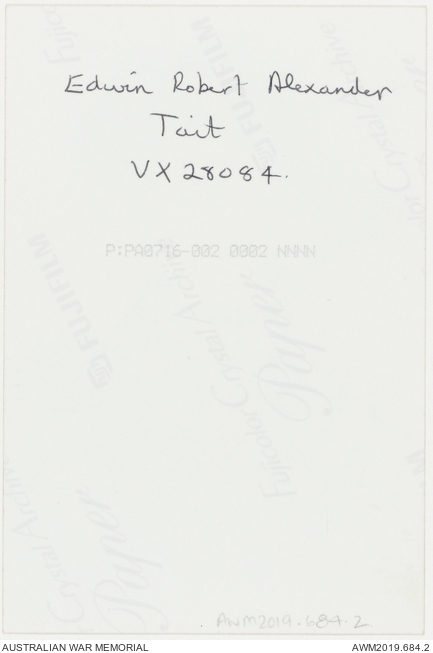 Private Edwin Robert Alexander Tait enlisted to the Second Australian Imperial Force on 18 June 1940. He served with the 2/21 Australian Infantry Battalion in Darwin and Ambon. Private Tait became a prisoner of war when the Japanese captured Ambon in early 1942. In February 1943, Private Tait was injured during an air raid on the camp, while he was attempting to assist a wounded fellow prisoner. After a long recovery period in hospital, he volunteered as a medical orderly and was selected to go on work parties. Additionally, he was known as a good gardener, growing a small vegetable garden in the camp. Private Tait’s health deteriorated and he succumbed to beri-beri and malaria, dying on 19 July 1945. He is buried at Ambon War Cemetery.