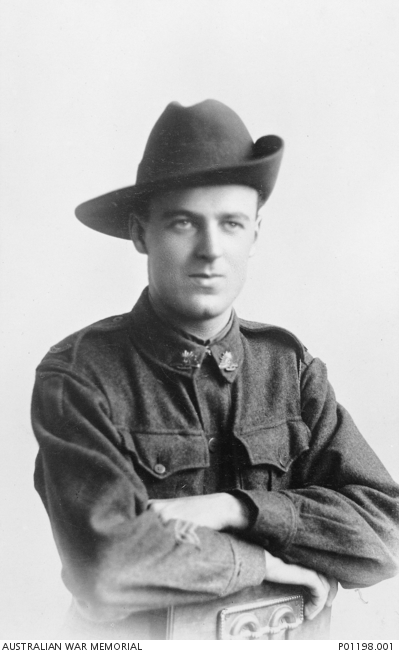 Private Richard Charles Strangman (No 3725) joined the AIF in May 1917. He was from Tumut, the son of Carey Strangman, and was 22 years old and single. He was a photographer by profession.

Allotted to the 10th Reinforcements of the 54th Battalion, he embarked in Sydney on 31 October 1917 on HMAT A14 (Euripides) and arrived in the UK in December. He was assigned to the 14th Training Battalion in Codford before going over to France in early April 1918, joining the 54th Battalion in the field near Villers-Bretonneux. On 28 August, nearing Peronne, he suffered wounds to the fingers of his left hand, but was able to rejoin his unit later that day.

On 11 October the remnants of the 54th and 56th Battalions amalgamated to form the 56/54th Battalion. Strangman remained with this unit (often referred to as just the 56th Battalion), until his return to Australia in July 1919 aboard the Friedrichsruh. Arriving back in Sydney in early September 1919, he was discharged from the AIF later that month. Strangman continued his career as a commercial photographer after the war, in Tumut and then in Canberra. Strangman took many photographs of the Australian War Memorial site, construction and galleries in the 1930s and 1940s.