Hans Heinz Harmes-Emden was born in the late 1800s in Hong Kong, China. He returned to Germany and, coming from a line of sailors, joined the Imperial German Navy at the age of 18.
Harmes-Emden was assigned to SMS Emden and joined the ship at Tsingtao, China, where it had operated with the East Asiatic Squadron since 1910. By the commencement of the First World War, Harmes-Emden was a petty officer in the Emden’s engine room. Karl von Muller, the Emden’s captain, was ordered to disrupt shipping in the Indian Ocean as an independent raider.

After two months of successful operations, Captain von Muller decided to attack the British facilities on the Cocos (Keeling) Islands. On 9 November 1914, after the Germans landed a raiding party on the island, HMAS Sydney forced the Emden into battle. During the clash Harmes-Emden’s clothes were blown off and he was knocked overboard by an explosion.

Eventually, after spending time on land, he was taken aboard HMAS Sydney and later transferred to HMS Hampshire and taken to Malta as a prisoner of war. As a mark of honour, the German government granted all surviving officers and men the right to add the suffix “Emden” to their names and it was made inheritable.

After the war Harmes-Emden moved back to China. He became an engineering officer with Sulzer Brothers Engineering at the Shanghai office. He married but he and his wife had no children. He returned to Germany, but in 1964, Harmes-Emden visited Canberra as part of the fiftieth anniversary ceremony to mark the battle between the two ships. Harmes-Emden was living in Hamburg at the time of his death on 6 December 1965. 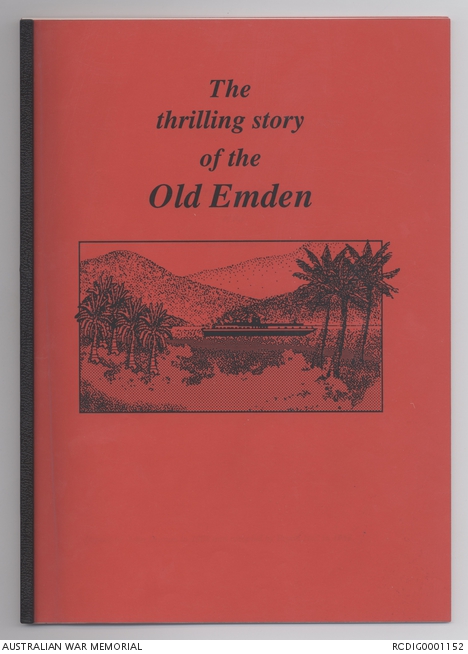