While working as a set designer at the Australian Broadcasting Commission in 1967, McFadyen was appointed an official war artist to cover the Australian involvement in the Vietnam War. Like Bruce Fletcher, the first official war artist in Vietnam, McFadyen did jungle warfare training at Canungra, Queensland, before travelling to Vietnam. McFadyen and Fletcher were expected to perform as combat soldiers if required, not just wield their paintbrushes.

McFadyen arrived in Vietnam in mid-August 1967 and served there for seven months. During that time he was posted at the 1st Australian Task Force base at Nui Dat, but he made frequent visits to the 1st Australian Logistical Support Group base at Vung Tau on the coast. He also briefly joined the RAN destroyer HMAS Hobart while it patrolled off the North Vietnamese coast.

Despite the uncomfortable physical and climactic conditions, McFadyen was able to produce finely detailed drawings of activities on the bases, as well as some large, technically accurate drawings of helicopters and Caribou transport aircraft.

Painting and drawing while on patrol was even more trying. In one statement to the Memorial McFadyen recalled "feeling very tired, wet and muddy, covered in small black leeches competing with thousands of amber coloured ants for a place on my body".

In addition to putting up with stifling heat, humidity and torrential rain, McFadyen had to carry full combat equipment on top of his art materials. He also shared the tension felt by the patrols, working in the shadowy presence of enemy that was rarely seen. The paintings McFadyen did on these patrols depict the terrain of Phuoc Tuy province, images of helicopter "insertions" and "extractions" and scenes from search and destroy missions.

After his return to Australia McFadyen continued to work on his Vietnam paintings for the Memorial. Later he received a further commission to produce a large commemorative painting of an action involving HMAS Murchison on the Han River during the Korean War.

Although he resumed his job with the ABC, McFadyen later resigned to devote himself to painting. During the 1970s he experimented with abstraction but remained firmly a realist painter. 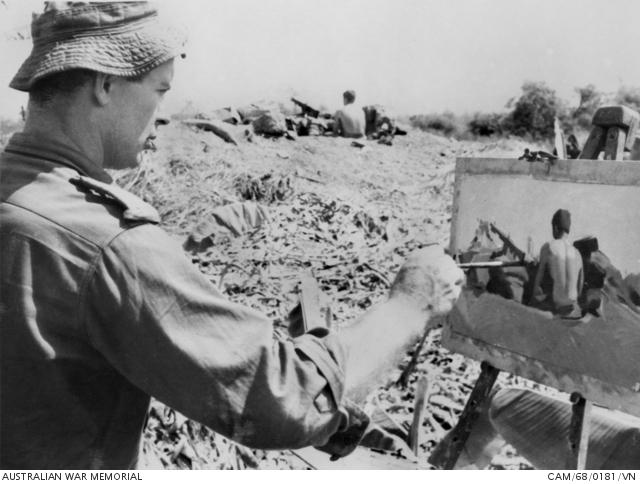 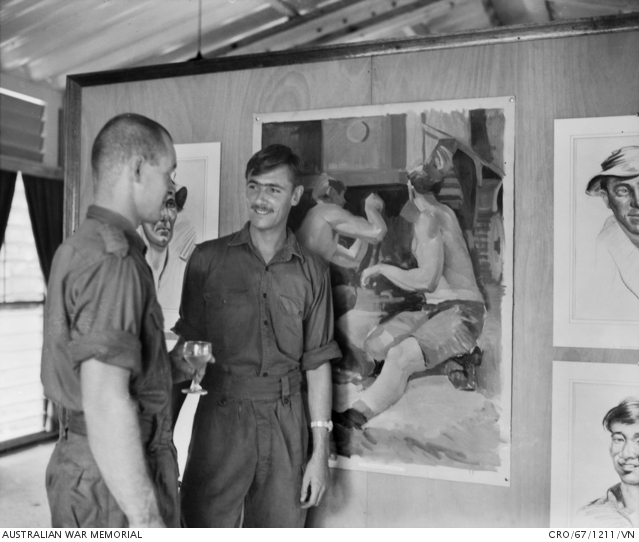 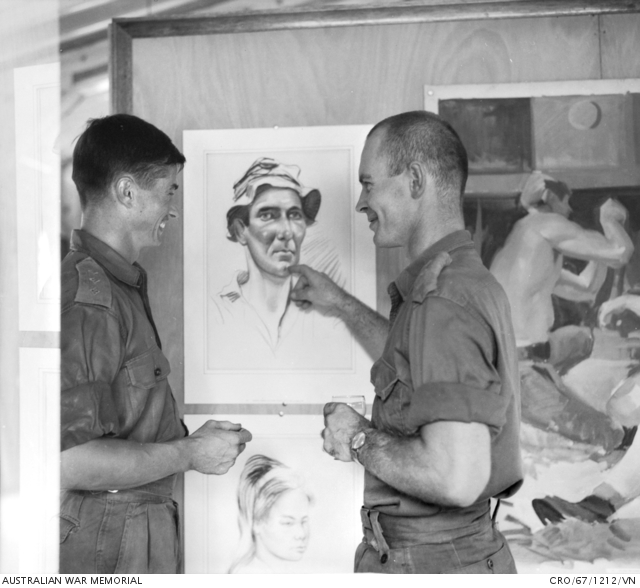 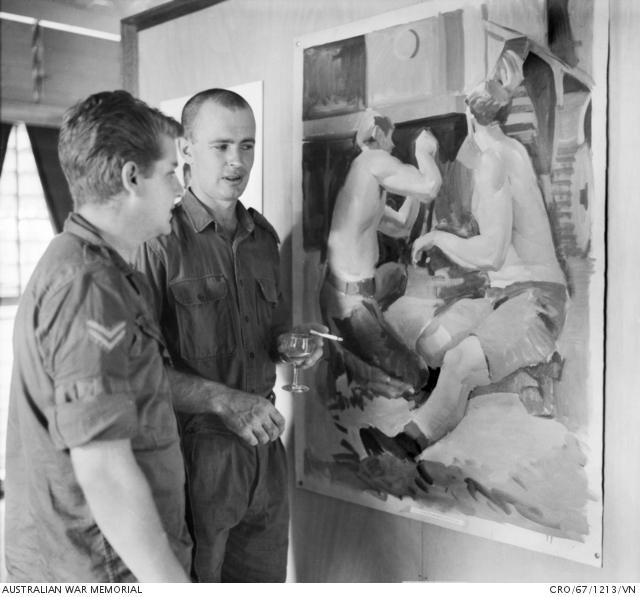 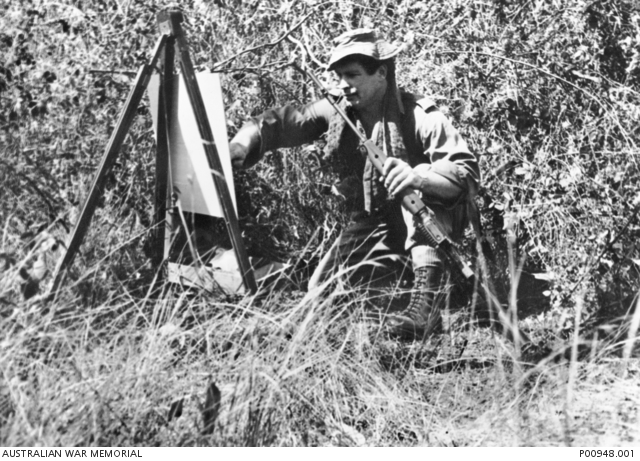 OFFICIAL WAR ARTIST, LIEUTENANT KEN MCFADYEN, IN COMBAT DRESS, AT WORK OUTDOORS AT HIS EASEL, AT ... 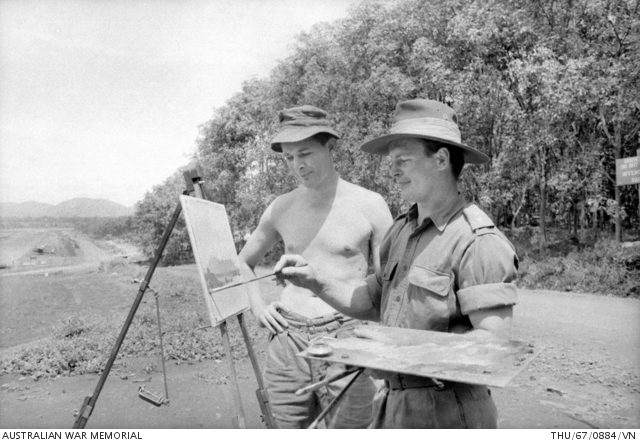