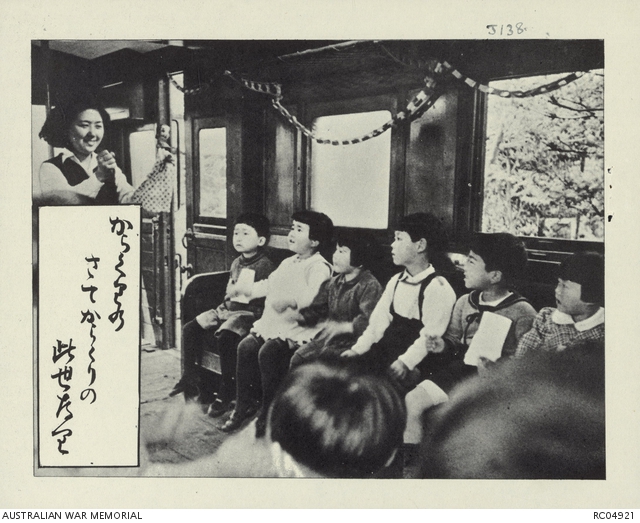 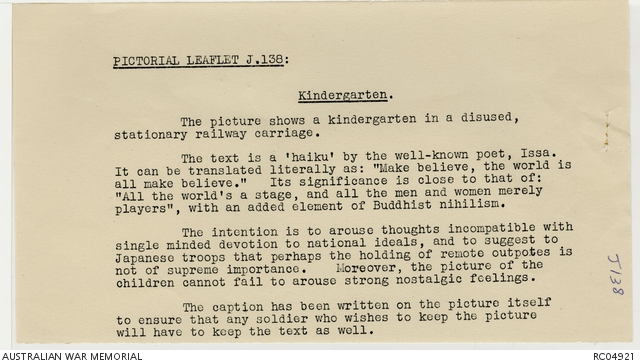 A propaganda leaflet produced by the Far Eastern Liaison Office (FELO) during the Second World War. This leaflet is written in Japanese and was distributed to Melanesia and the Netherlands East Indies. It is accompanied by an English translation of the text noting that the leaflet is intended to arouse thoughts incompatible with singleminded devotion to national ideals as well as nostalgic feelings among Japanese troops. The leaflet includes a picture of a teacher and children and features a Haiku poem by Kobayashi Issa, a famous Japanese poet. The English translation suggests that the poem be interpreted to mean: "All the world's a stage, and all the men and women merely players".