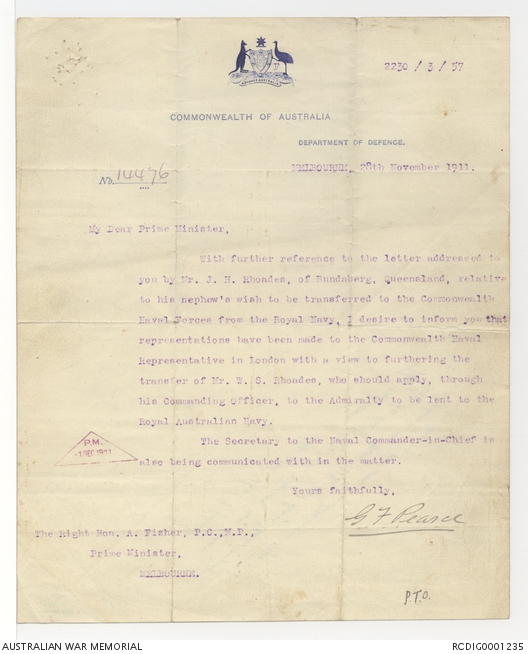 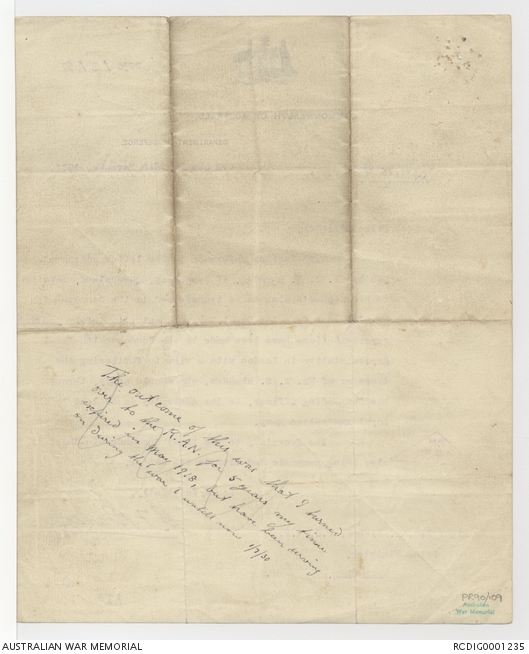 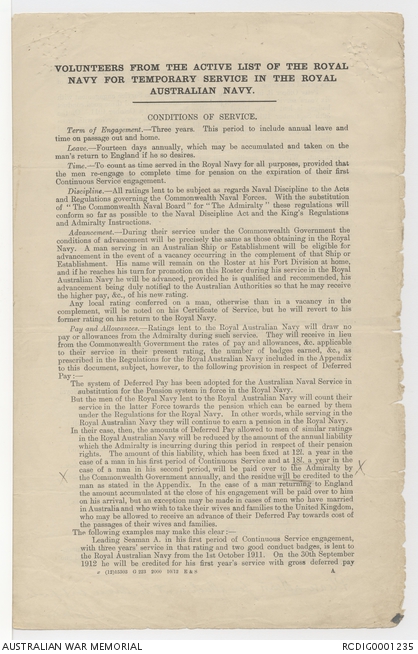 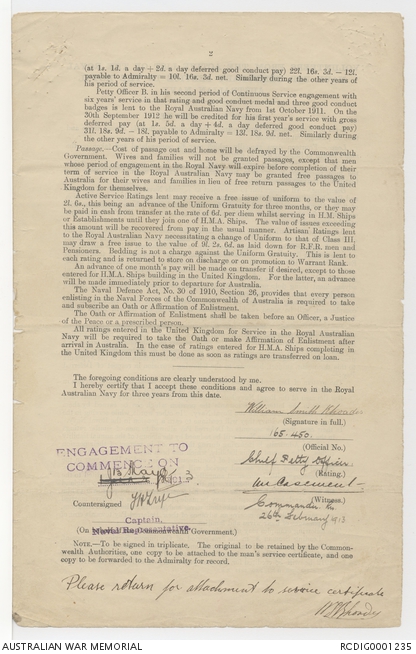 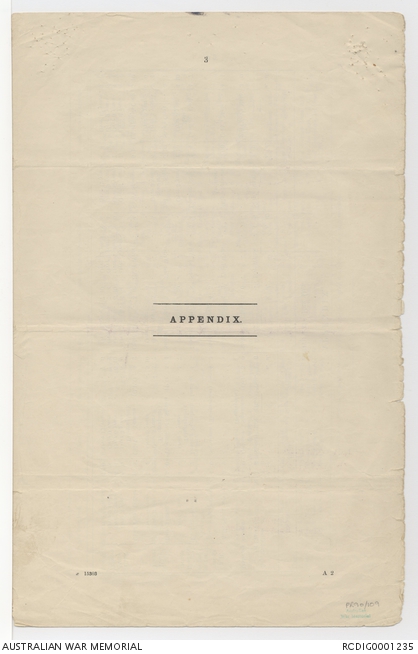 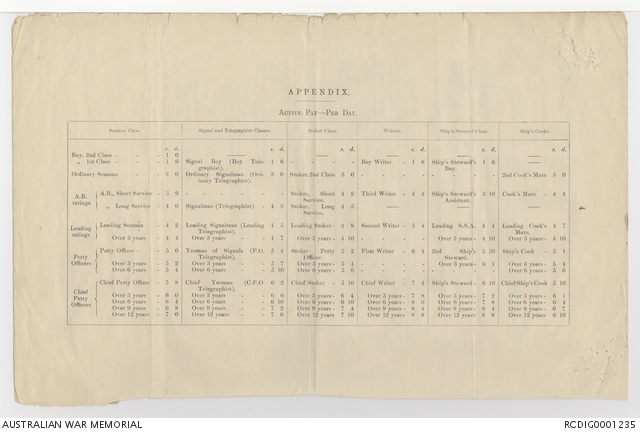 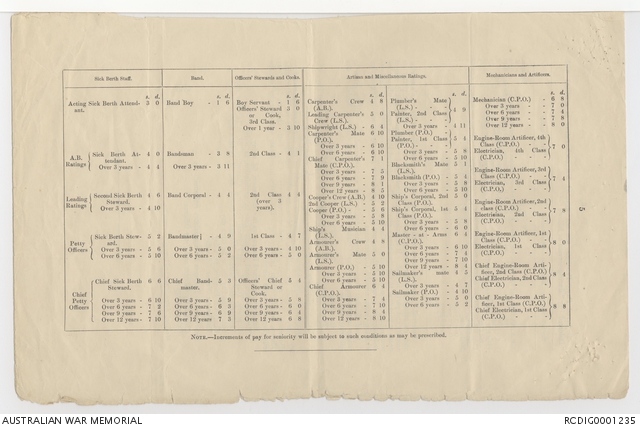 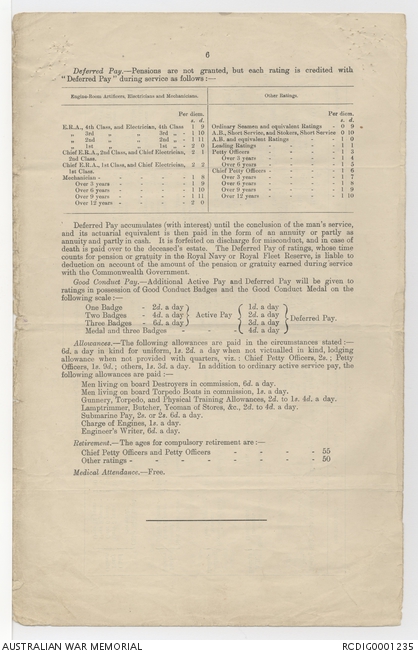 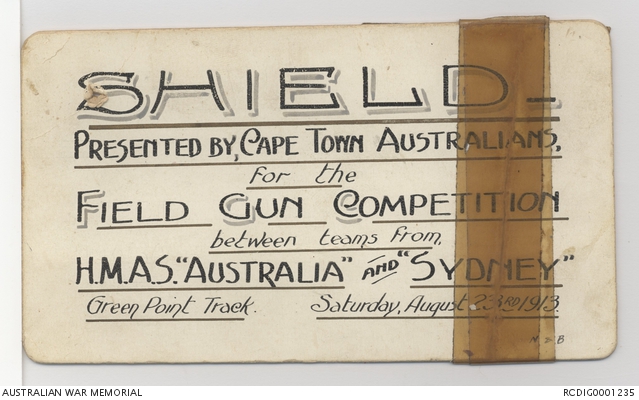 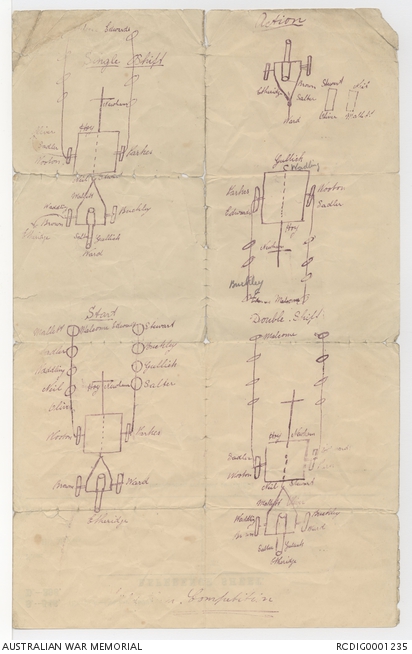 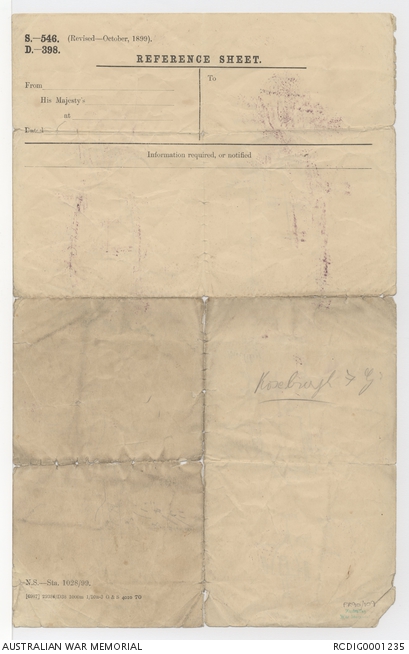 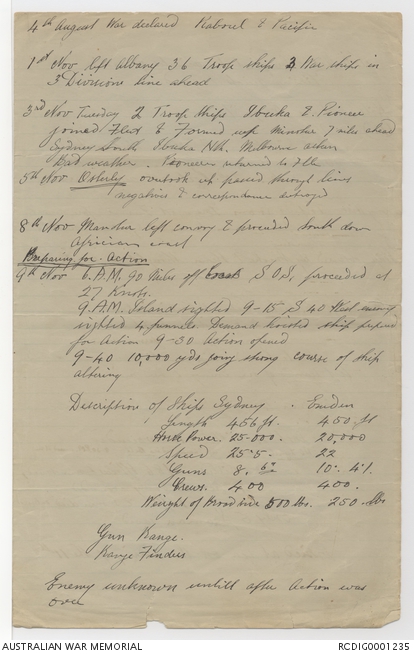 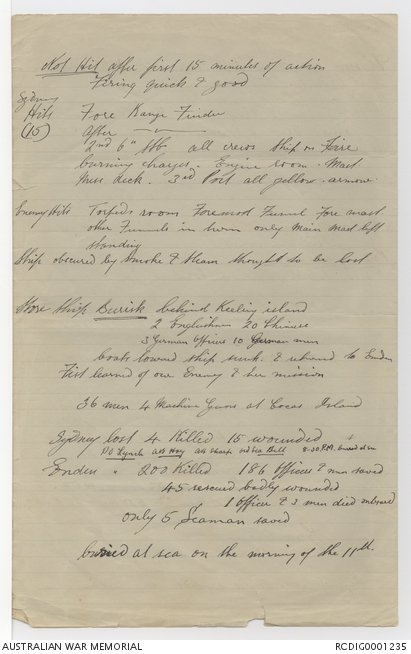 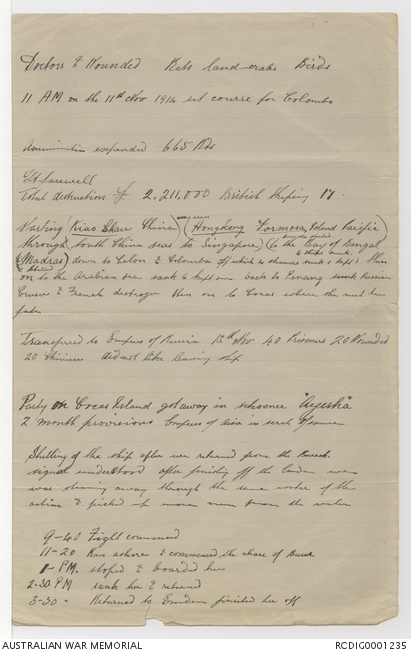 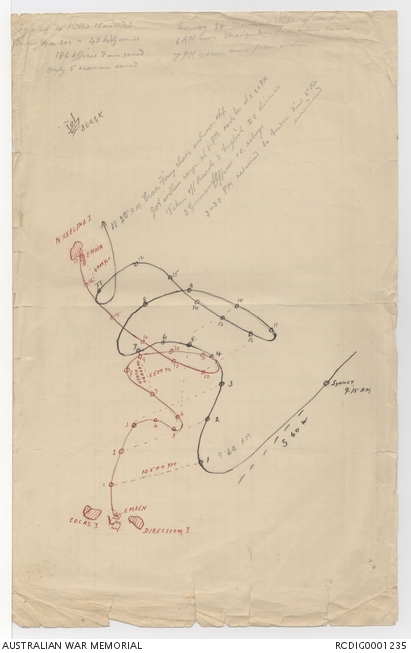 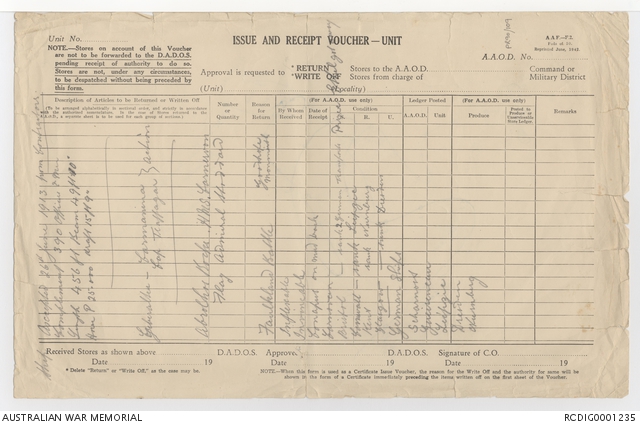 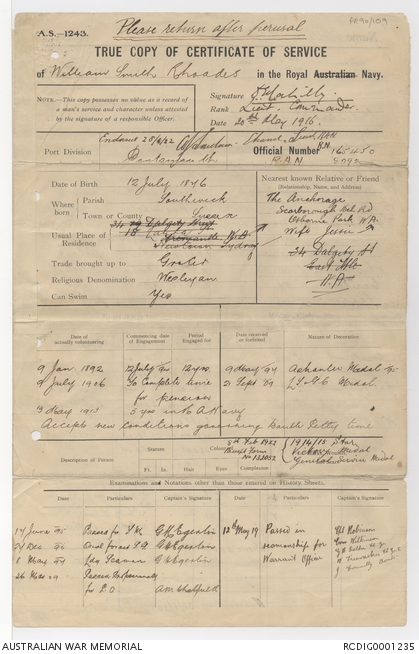 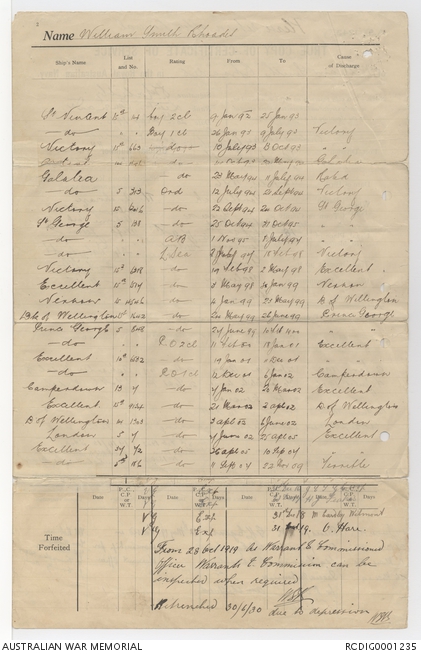 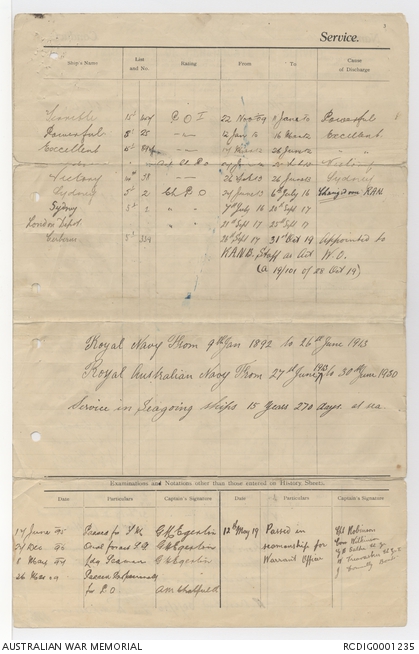 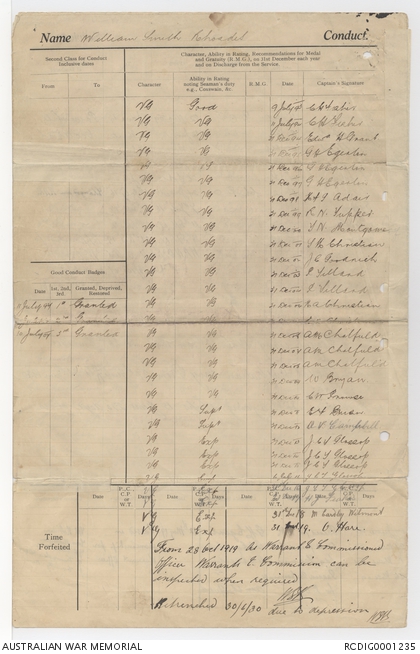 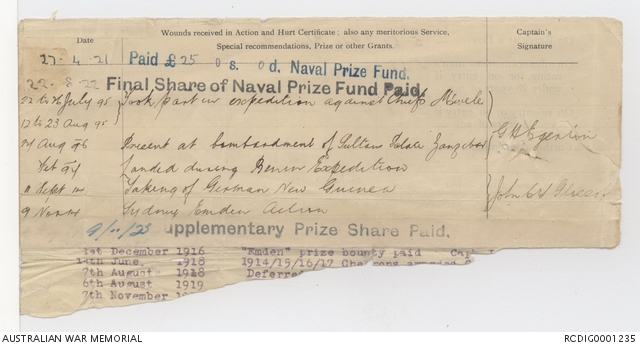 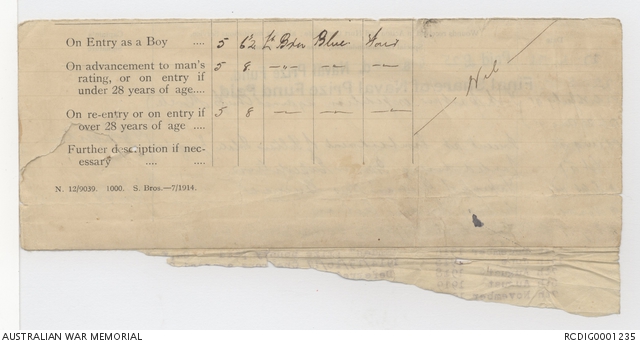 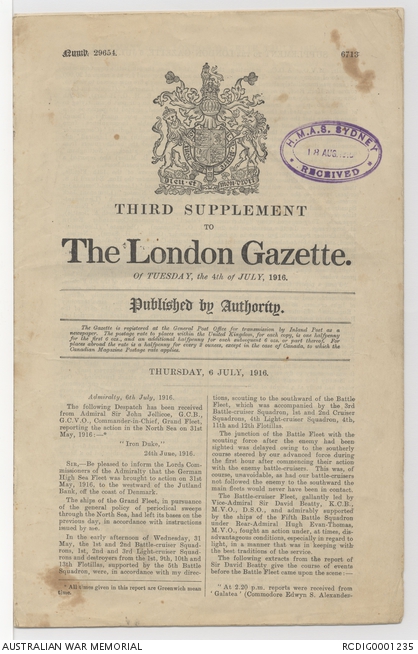 Documents relating to the First World War service of Chief Petty Officer William Smith Rhoades, Royal Australian Navy. Rhoades served on HMAS Sydney during the war and this file contains various documents relating to his naval service, including details on the encounter between the Sydney and the German cruiser SMS Emden.
This file contains:
Award for field gun competition between the crews of H.M.A.S. Sydney and H.M.A.S. Australia in Cape Town, 23 August 1913;
Handwritten sketch of positions for those competing in field gun competition, [1913];
Handwritten diary of events covering 4 August 1914 to 9 November 1914, including details of action between H.M.A.S. Sydney and S.M.S. Emden, [1914];
Sketch of movements of H.M.A.S. Sydney and S.M.S. Emden during battle on 9 November 1914 and includes details on the battle of the Falkland Islands, [1914];
"Third Supplement to the London Gazette of Tuesday, the 4th of July, 1916,” received on H.M.A.S. Sydney on 18 August [1916];
Handwritten timeline of events aboard H.M.A.S. Sydney, [n.d.]