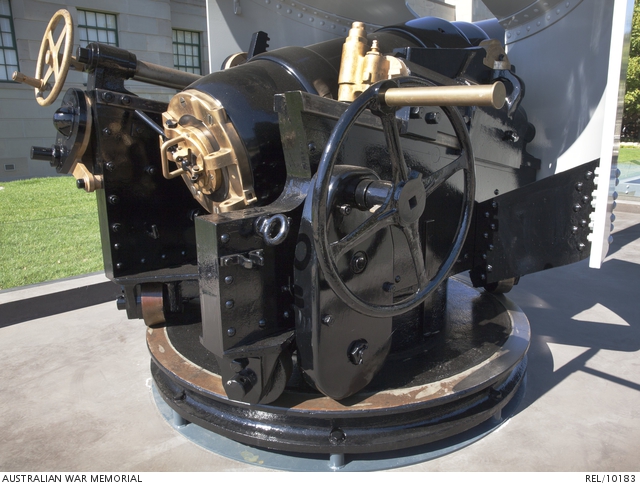 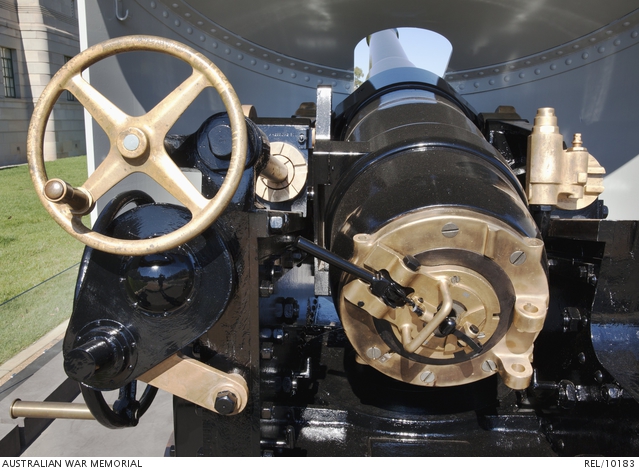 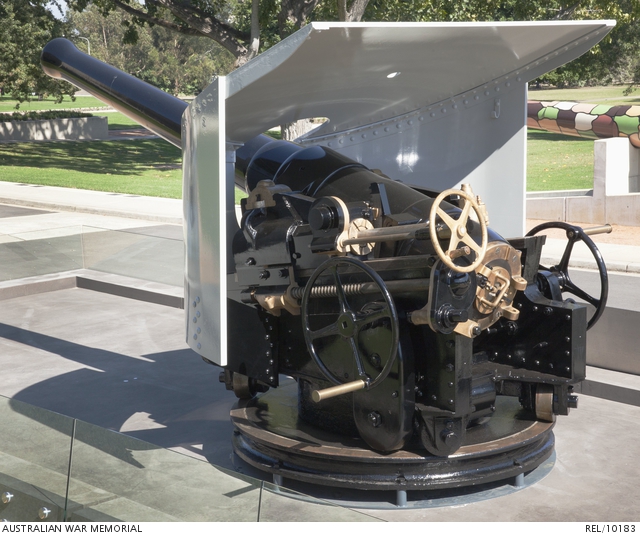 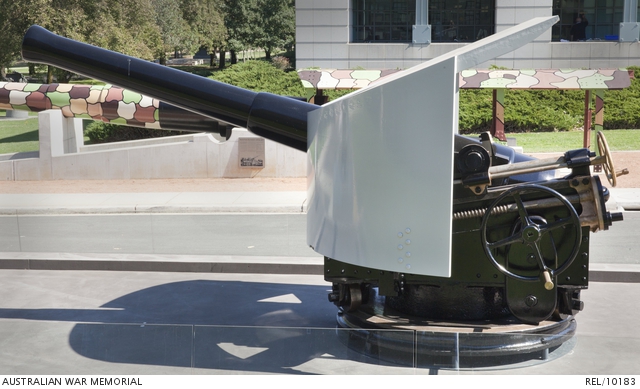 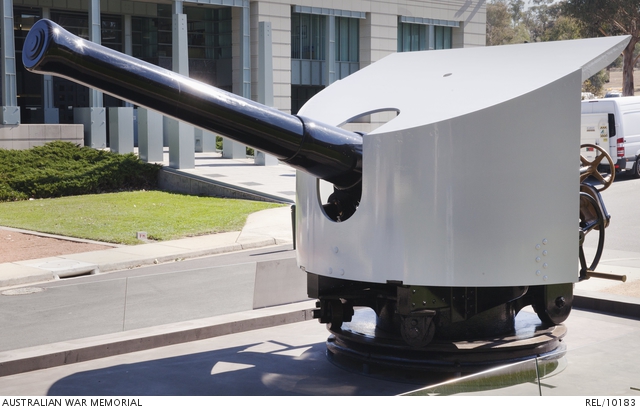 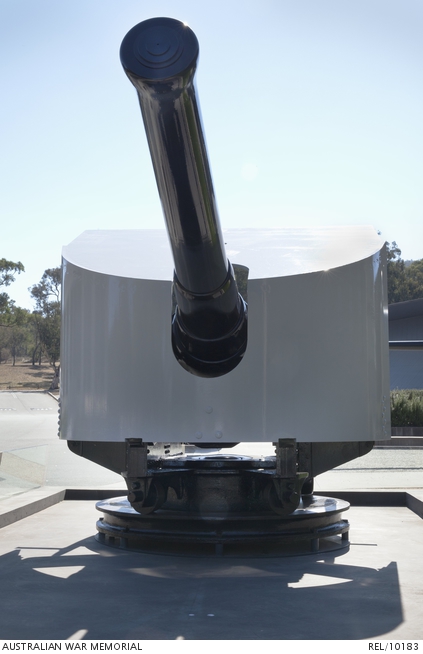 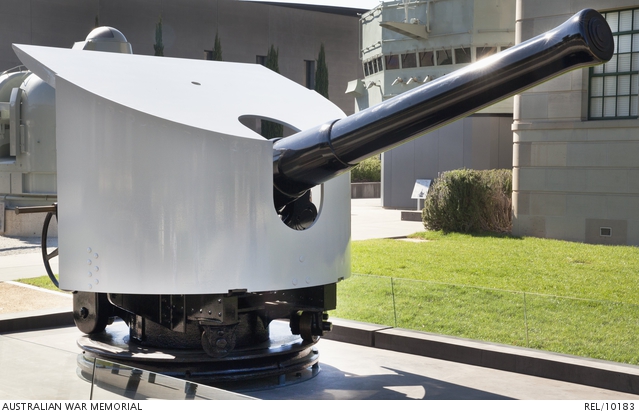 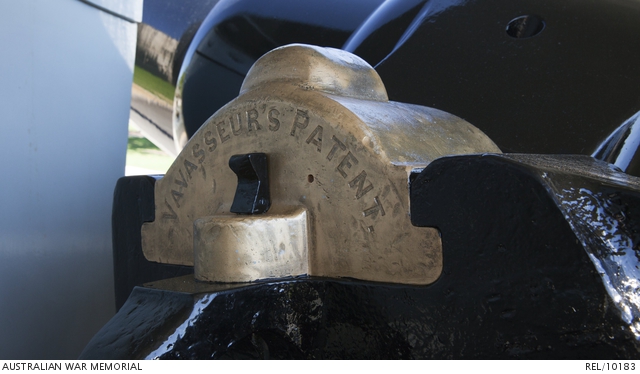 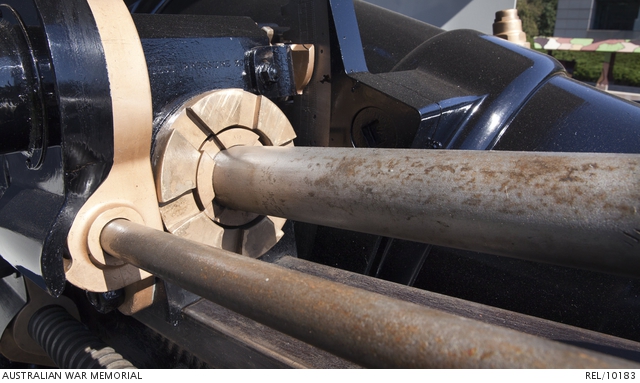 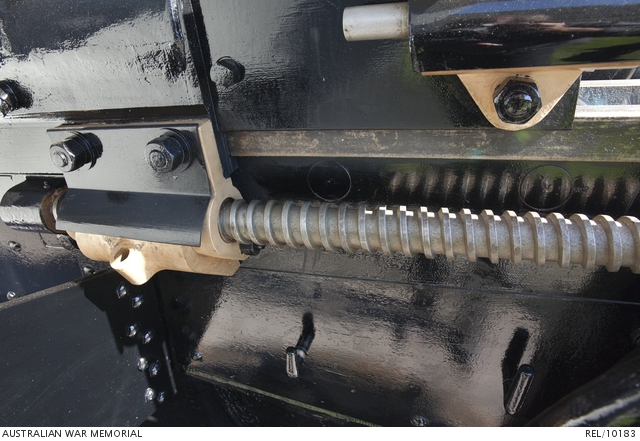 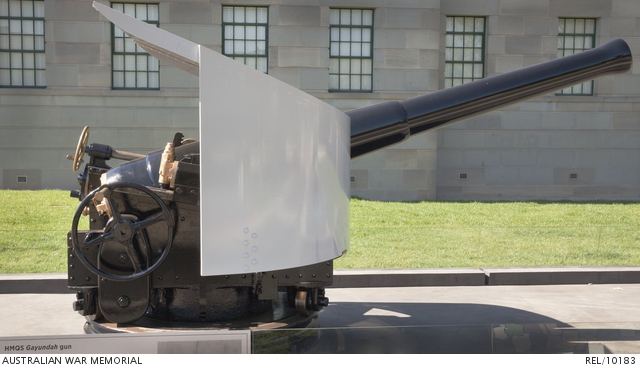 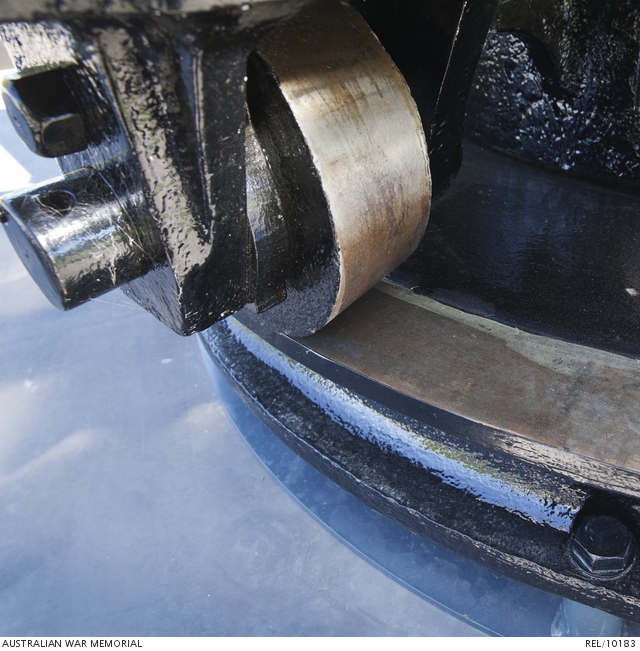 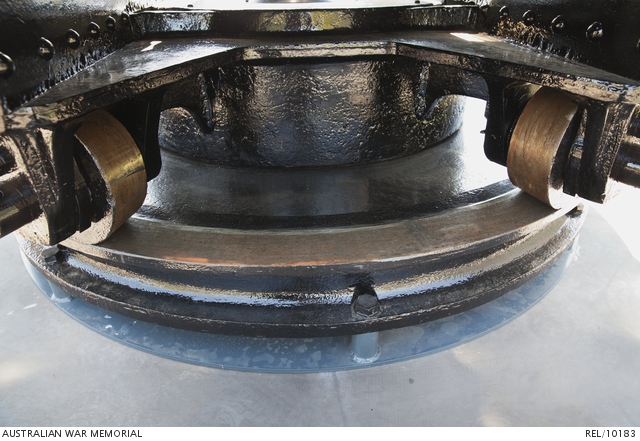 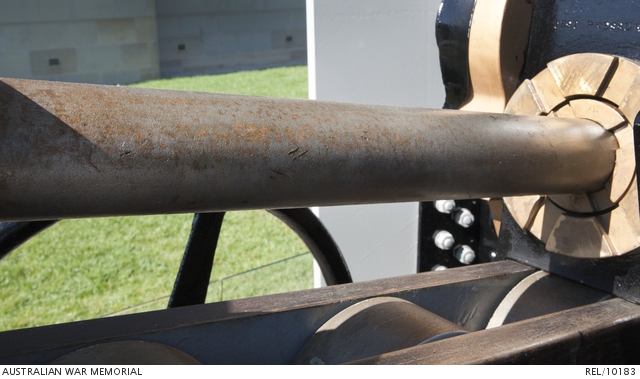 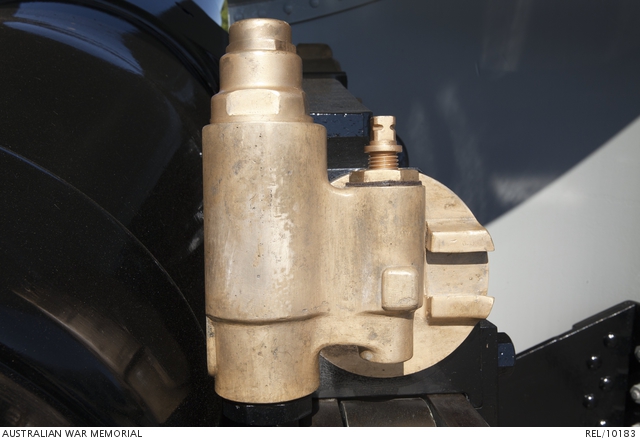 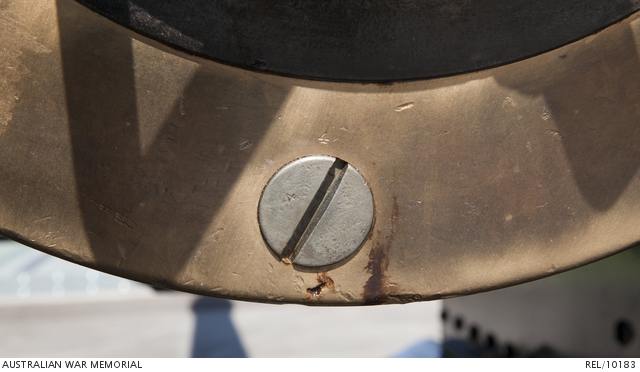 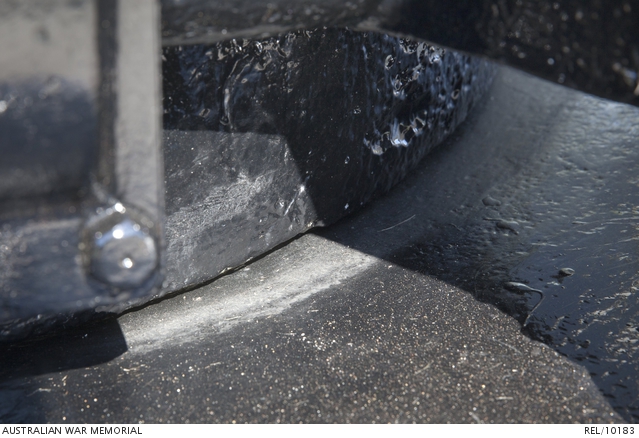 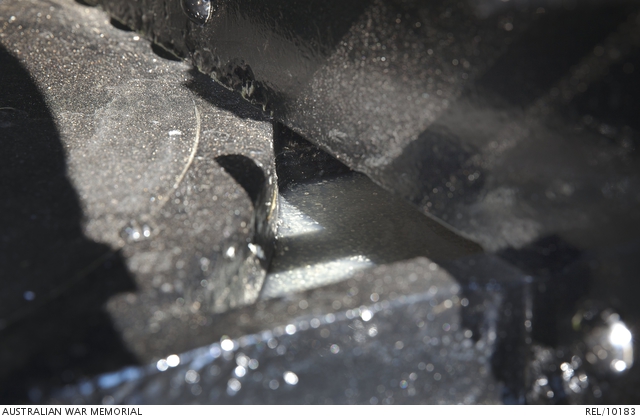 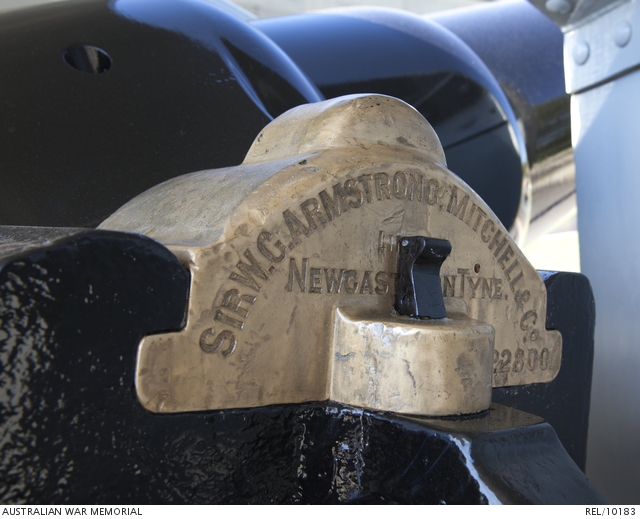 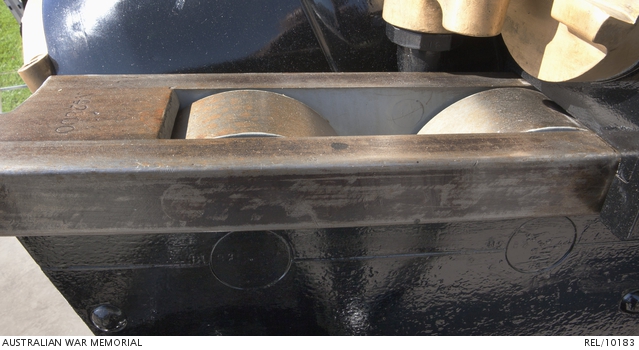 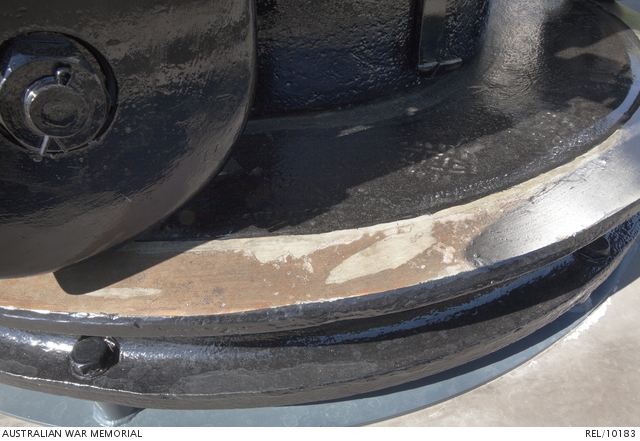 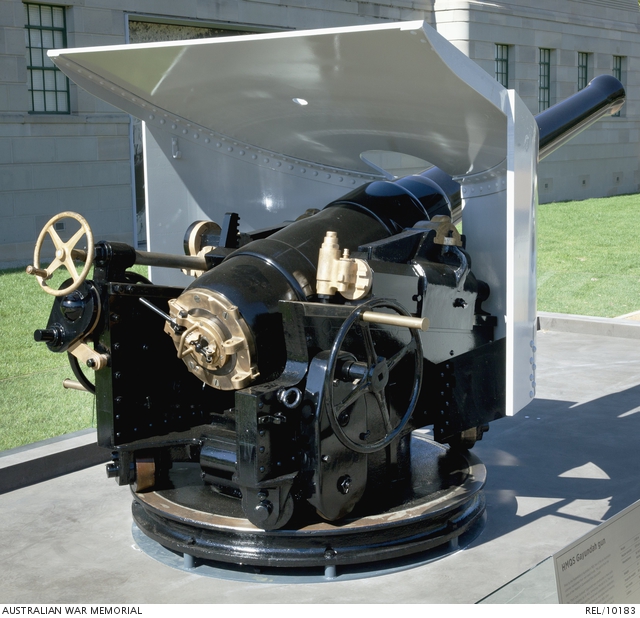 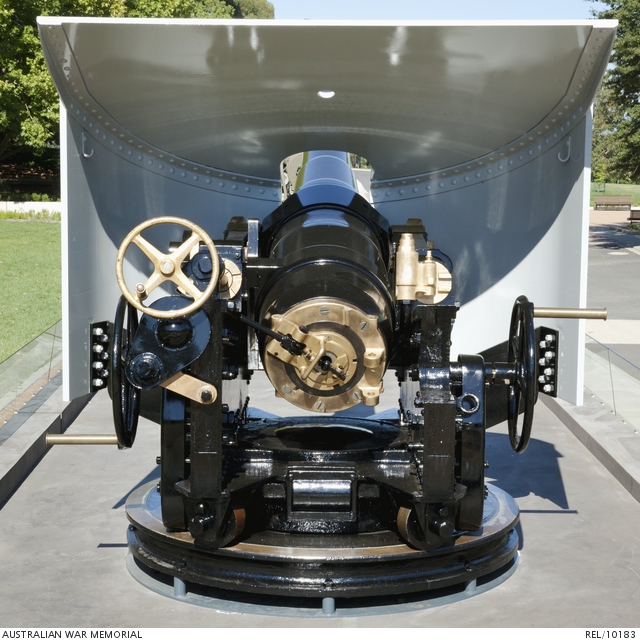 6 inch rifled breech loading gun with replica steel gunshield. The gun has 5 main structural elements – the Breech, the barrel, shield, the cradle, including elevation and traversing mechanism and recoil mechanism, and a modern rolled steel girder base. The recoil system is a gunmetal recoil slide using Vavasseur's system. The gun's serial number is 4198; the recoil mount serial number 2800.

This gun was likely to have been fitted to the Queensland colonial gunboat, HMQS Gayundah. The Gayundah was constructed at Sir William Armstrong and Co dockyards as a Third Class Gunboat for the Queensland Marine Defence Force, being laid down in 1883, completed in September 1884. After Federation she was transferred to the Commonwealth and then the Royal Australian Navy after its foundation in 1911. Gayundah was actively employed along the eastern seaboard until paying off on 23 August 1918. She was sold in 1921 and converted to a gravel barge. The ship was of all steel construction and weighed 400 tons. Complement was 49, top speed being 10 knots and armament comprised 1 x 8 inch, 1 x 6 inch, two 1.5 inch Nordenfelts and two machine guns.

The 6 inch and 8 inch guns for the HMQS Gayundah were purchased from Sir W Armstrong’s works and are of a different pattern to those supplied to the Royal Navy. The 6 inch guns of the Gayundah, which were mounted aft, were removed in 1899 and were subsequently used as coastal defence guns. The gun crew normally consisted of six ratings. The official designation in British ordnance manuals was "80-pounder BL" to differentiate it and its ammunition from the later marks of 6-inch BL guns which fired 100-pound projectiles.

Over a period of time during 1990 and 1991, the gun was restored to its 1885 configuration. It was fitted with a replica armour shield, as per its original state.

On display in the Australian War Memorial’s Colonial Galleries is a model of HMQS Gayundah (RELAWM07944.002). This model was acquired from Armstrong Whitworth & Co. Ltd. in 1925. It represents the Gayundah in its colonial colours.