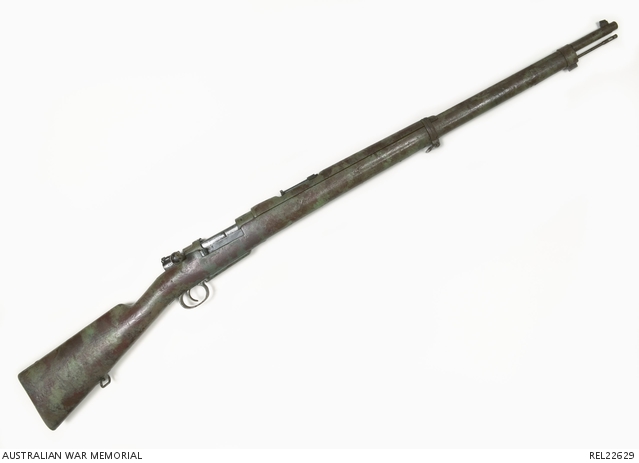 This rifle was used by a Turkish marksman on Gallipoli. The Model 93 Mauser was one of the standard pattern Mauser rifles issued to the Turkish army during the First World War and the most common type used against Australian forces at Gallipoli in 1915. The Turkish Model 93 Mauser was developed from the Spanish Model 93, but in a different caliber and equipped with a magazine cutoff. All production of the Model 93 was undertaken by the Oberndorf Mauser works which manufactured 201,100 Model 93 rifles for the Imperial Ottoman Government. Captain Craig is possibly Lieutenant Harold Craig, 22 Battalion who returned to Australia in 19 March 1916.