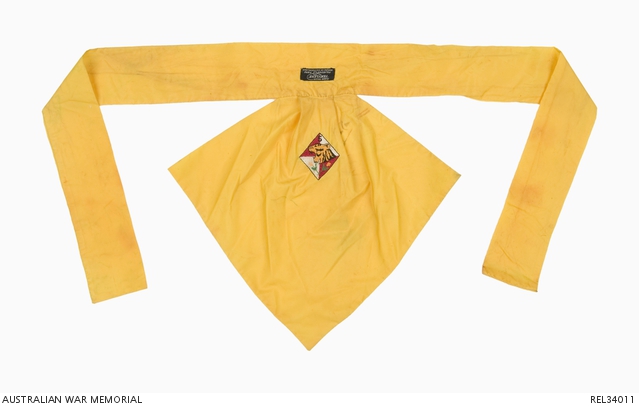 Gold terylene cravat embroidered with the unofficial symbol of 5 Battalion, The Royal Australian Regiment (the 'Tiger Battalion') consisting of the number 5 over a snarling tiger in profile, over a pair of crossed flowers, on a lozenge field divided into red and white quarters.

The cravat was issued to Captain Gower during his attachment to 5RAR. It is in the battalion's colours of black and gold and carries an embroidered interpretation of the 5RAR mascot, a tiger, from which it is known as 'The Tiger Battalion'. The cravats were made in Switzerland but the embroidery was executed in South Vietnam.

Although acquired during his service in South Vietnam, Gower advised that he never wore the cravat in country.