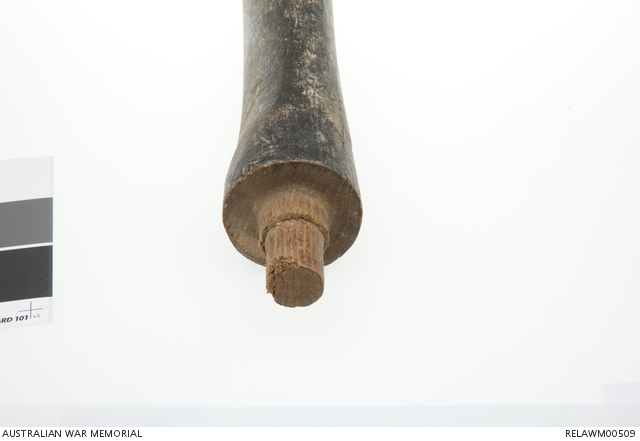 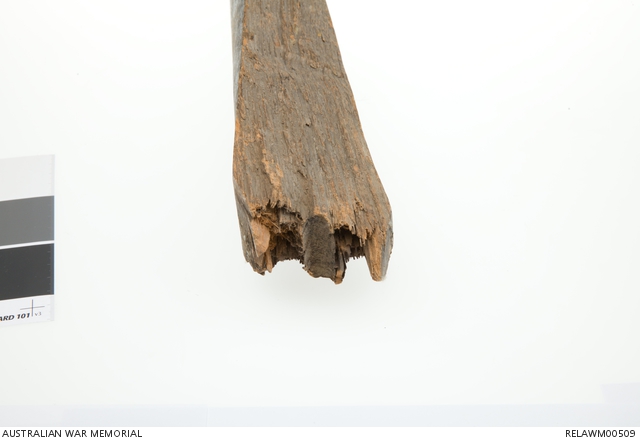 Damaged wooden spoke from the wheel of an 18 Pounder Gun. The spoke has been broken off at the inner end. On the outer end is the circular tenon that would have fitted into the rim of the wheel.

This spoke is from the wheel of an 18 Pounder Gun of 43 Battery, Australian Field Artillery, which was destroyed on the Ecoust-Vracourt road near Lagnicourt by German counter-battery fire on 15 April 1917. During the engagement, two of the unit's three officers, Major Pybus and Lieutenant Clarke, were killed. Of its forty men, twelve were killed including four `number ones' and a further eight were wounded. Three of its five guns and several ammunition dumps were destroyed. The incident involving the decimation of 43 Battery Australian Field Artillery on 15 April 1917 is detailed in the Official History of Australia in the War of 1914-18, Vol.IV. pp.388-389. Also refer to oil painting at ART00138 and the sketchbook of George Benson at ART03605.