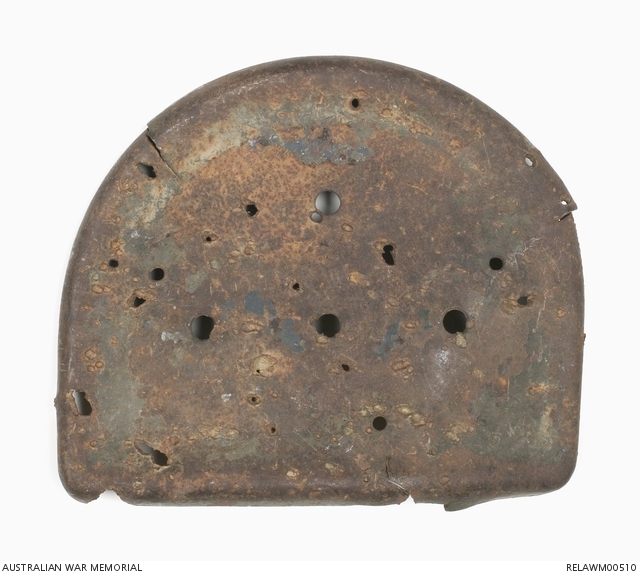 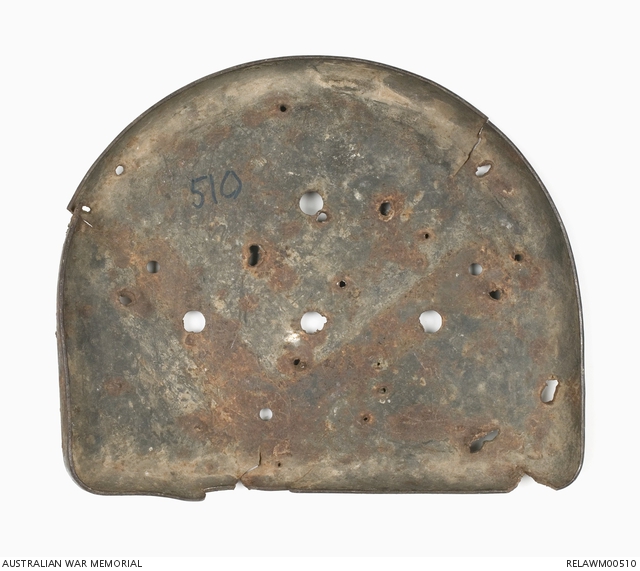 Shrapnel damaged metal seat from an 18 Pounder Gun. In the middle of the seat is a triangular pattern of four drainage holes. There are numerous small shrapnel holes and two tears in the edge of the seat.

This seat is from an 18 Pounder Gun of 43 Battery, Australian Field Artillery, which was destroyed on the Ecoust-Vracourt road near Lagnicourt by German counter-battery fire on 15 April 1917. During the engagement, two of the unit's three officers, Major Pybus and Lieutenant Clarke, were killed. Of its forty men, twelve were killed including four `number ones' and a further eight were wounded. Three of its five guns and several ammunition dumps were destroyed.