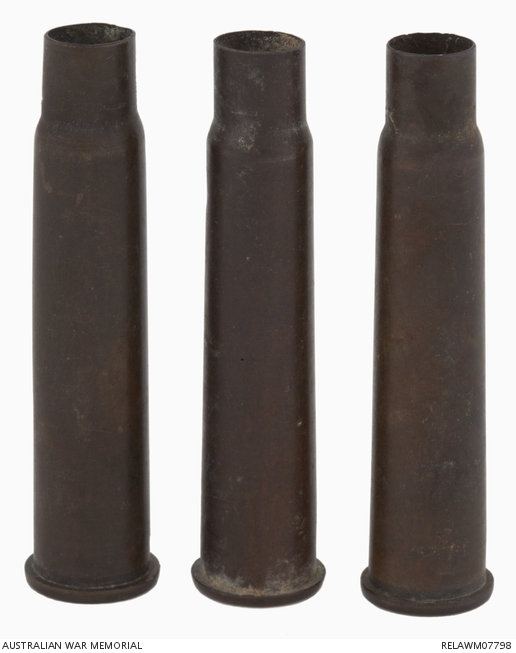 Cartridge cases found at Battleship Hill on 18 February 1919 by the Australian Historical Mission to Gallipoli.

These cartridges may have been fired by soldiers from 11 Battalion, led by Captain Eric William Tulloch, who reached Battleship Hill on 25 April 1915. They fought the Turks there for half an hour, before they were forced to retreat under increasing Turkish fire. They were the only group of Australian soldiers to reach this area during the campaign.

Originally called Big 700, it became known as Battleship Hill due to the bombardments the area received from the British naval ships, intended to disrupt Turkish advances or to shell Ottoman reservists sheltering behind the inland slope.