This is Ngunnawal Country

Today we meet on Ngunnawal country.

And I too pay my respects to elders past and present.

Your Excellencies and your Defence Advisors and Attaches

Representatives of the Service Chiefs

Sandakan families, distinguished guests, ladies and gentleman, a warm welcome to you all.

I welcome the families of those who suffered and died.

I would particularly like to welcome two gentleman who are direct descendants of survivors of the Sandakan Death Marches.

First, Emeritus Professor John Braithwaite, from whom we will shortly hear the commemorative address, and the son of Bombardier James Richard Braithwaite. A Sandakan survivor.

When the Governor General, Lord Gowrie VC opened the Memorial on Armistice Day 1941, his issued a challenge – that when people leave this War Memorial, they must utter ‘never again’.

But at the Memorial, we were also set another challenge – in the collection of books gathered by our founder, Charles Bean, was a Battle Field Guide to Waterloo, Voices from the Battlefield. Inside the front cover was a quote ’facts are stubborn things’.

That is the standard by which we measure ourselves here at the Memorial.

We are here today to commemorate and remember what remains the single greatest atrocity committed against Australians in war. An atrocity that deprived 2,500 Australian and British men the central tenets of humanity.

Sent to Sandakan on Borneo’s north east coast in 1942, only six men – all Australians – survived. And while their survival speaks to their fortitude and tenacity, it was not without grave and indelible personal consequences.

‘They (the Prisoners of War) would not thank you for calling them heroes. They don’t see themselves that way. For many, guilt about the capitulation of Singapore never went away. All they did was survive the war, not win it. In a strict military sense, that may be so, but they are heroes nonetheless in a way so profound the medal has not yet been struck that can honour them.’

As Prisoner of War Ray Parkin wrote ‘it is no good hating at all. That could kill you. The sight of beauty, patience coming from it, and thoughts of loving friends at home—these, I am sure, matter more.’

Today we gather and rise again to Lord Gowrie’s challenge, as we rededicate ourselves to learn from this experience and to utter this promise: 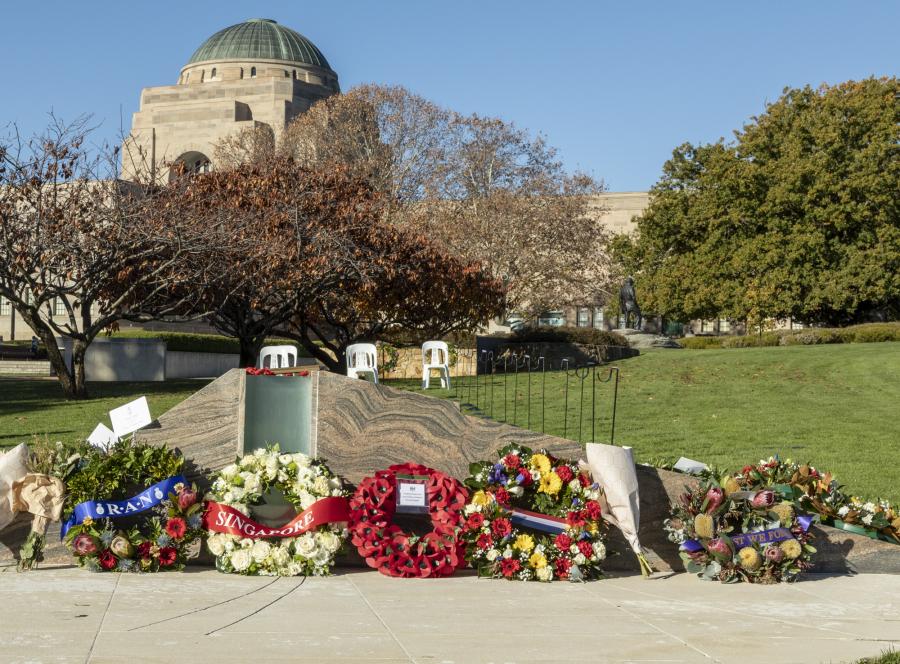