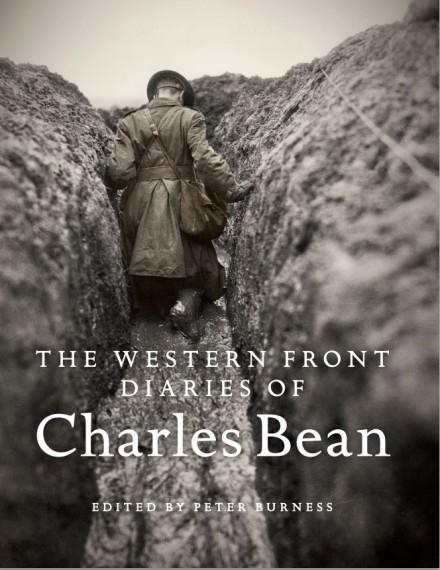 Edited by esteemed historian, curator and inaugural Fellow of the Memorial, Peter Burness AM, and accompanied by more than 500 photographs, sketches and maps, The Western Front diaries of Charles Bean are now available in print for the first time.

Charles Bean was 35 years old when he went off to the Great War as Australia’s official war correspondent. He would stay with the troops at the front until the end of the war. It has been said that no other Australian saw as much of the fighting in the war as Bean did.

Memorial Director Dr Brendan Nelson said the publication captures Bean’s distinctive insights and experiences of the First World War, which affected him deeply. “Bean saw his role as being to report on the Australian Imperial Force’s involvement on the battlefront with scrupulous detail and accuracy. Later, he would make it his life mission to collate the official history of the nation’s contribution to the Allied war effort and to establish a national memorial and museum.

“In this way, he would honour the sacrifice made by more than 62,000 Australians in what he saw as the great test of nationhood. A century ago, with the war just ended, he saw the management of peace as the next vital step.

“In the pages of this book, Bean reveals much of himself, his dedication to these men, their legacy and role in shaping our young nation’s emerging identity. We owe this man a great debt. I commend his diaries to anyone seeking to understand the magnitude of our debt to him and to those whose sacrifices he observed and recorded,” Dr Nelson said.

Mr Burness said the development of The Western Front diaries of Charles Bean is a major undertaking by the Australian War Memorial and one of the most important activities marking the centenary of the First World War.

“The published selections give readers a detailed insight into Charles Bean’s thoughts and experiences. They tell us a lot about the war; and about the main characters – from the King and Lloyd George and the generals, to the ordinary soldiers in the trenches. We learn about the men facing battle, their courage and sacrifice,” Mr Burness said.

The book retails at $79.99 and is available at the Australian War Memorial shop, online, and at good bookstores nationally.

For further reading, the Wartime article “Notes from the Western Front” by Peter Burness can be accessed via the link: https://www.awm.gov.au/wartime/84/Bean

NOTE: As part of its commemoration of the centenary of the Armistice which ended the First World War a line of commemorative car poppies is available through the Memorial shop and website. All proceeds are invested back into the Memorial’s collection and operations, and a portion of all sales will be donated to Legacy.