Dioramas or "picture models", as they were first called, have been a part of the Memorial’s displays since its inception. They were first suggested by official war artist Will Dyson and official war historian Charles Bean to give a more vivid impression of war than conveyed through photographs and paintings.

Bean wanted the dioramas to be more than simply battlefield models. He saw them as works of art, a way of helping people in Australia to understand the devastation and danger of battle, and the sacrifice and sufferings of the people to whom the Memorial is dedicated. 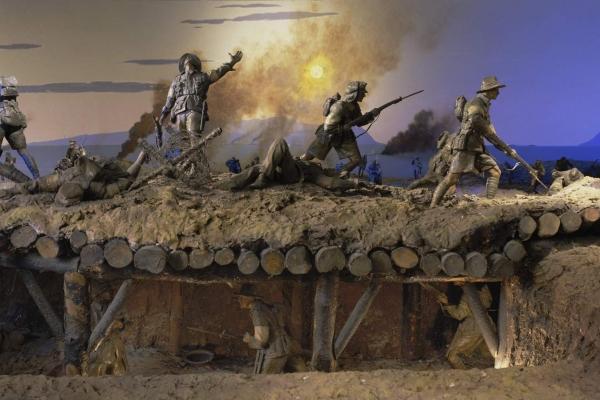 The Lone Pine diorama depicts the first diversionary attacks in the advance to Chunuck Bair at dusk on 6 August 1915. 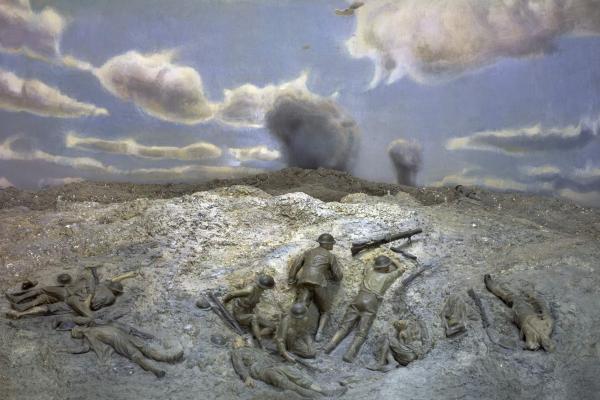 Battle of Pozières, 1916 depicts four weary survivors of the 4th Battalion crouched in a shell hole on the summit of Pozières Ridge on 7 August 1916. They are surrounded by the bodies of six mates killed in the German bombardment. 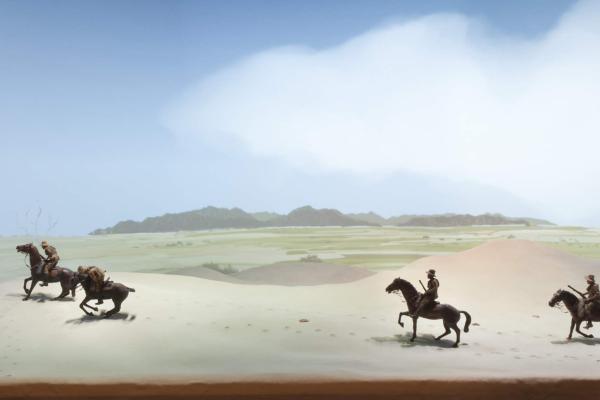 In the Sinai desert it was necessary to keep constant watch not only for Turkish soldiers but also for Bedouin engaged in espionage. Here in the Desert patrol diorama a light horse patrol, having sighted tracks in the sand, is preparing to investigate. 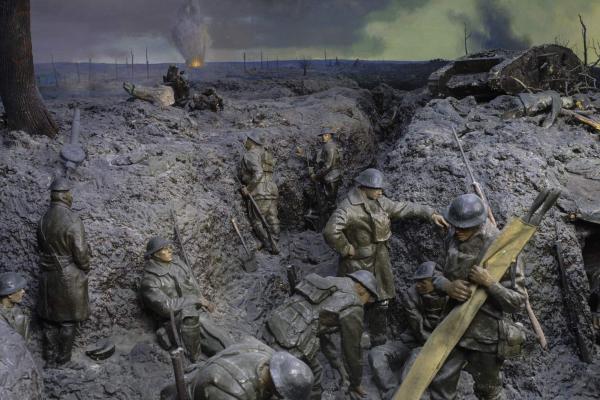 Somme winter, 1916–17 depicts a trench located west of Gueudecourt. It shows the grim conditions Australians fought and lived in. The small funk hole, roofed by duckboard and covered with a waterproof sheet, is where the men mostly slept during winter. 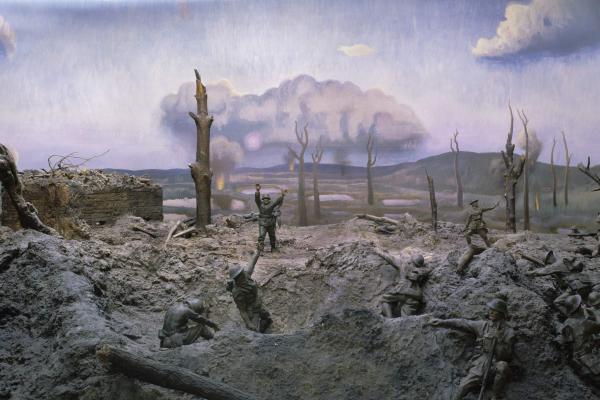 Ypres, 1917 depicts an attack on a pillbox in the Nonne Bosschen swamp, east of Ypres, during the advance astride Menin Road on 20 September 1917. 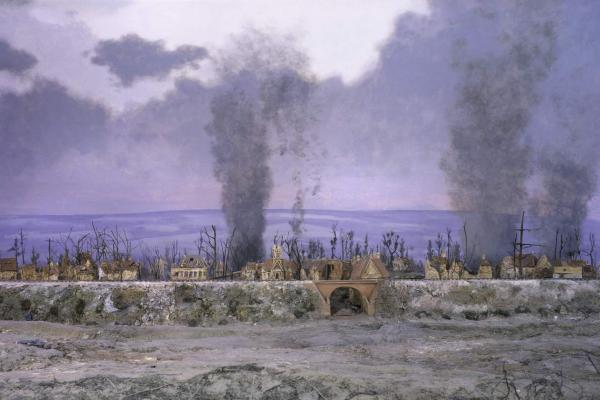 Dernancourt, 1918 depicts the scene an hour or so after action commenced on 5 April 1918. It shows Australians taking cover in a sunken road and disused gun pit. 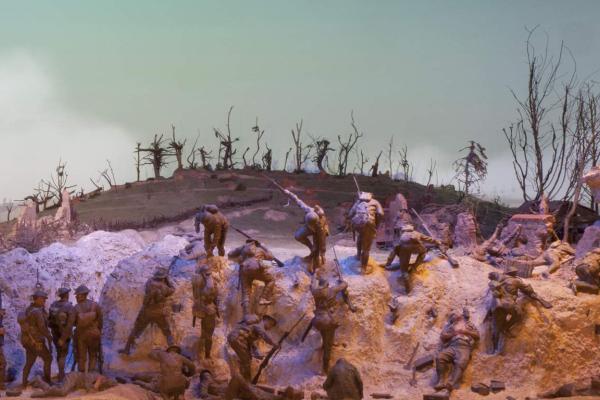 The diorama depicts a scene during the 6th Brigade's attack on Mont St Quentin on 1 September 1918. It represents a tactically difficult situation as well as the daring of the Australian soldiers. 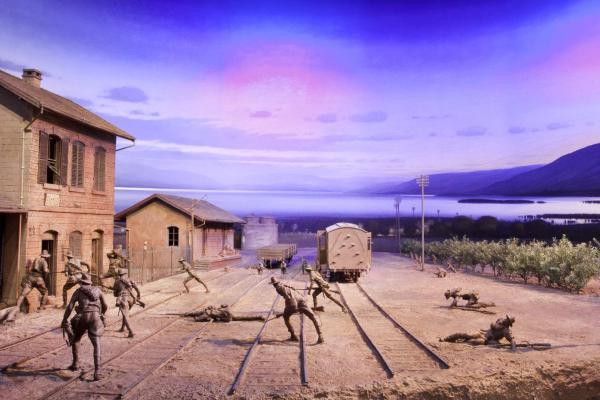 This diorama depicts the events of 25 September 1918, when the 11th Light Horse Regiment – a regiment of South Australians and Queenslanders with a noticeable number of Aboriginal troopers - attacked the village of Semakh in Palestine.