Aboriginal and Torres Strait Islander people please be advised that the following pages contain the names, images and objects of deceased people.

Aboriginal and Torres Strait Islander peoples have a long tradition of fighting for Country, and continue to serve with honour among our military forces. They have also worked in ancillary, industry, and other home-front activities, and their communities have been thrust into the front line of theatres of war.

This hub has been created to share information about people of Aboriginal and Torres Strait Islander descent who enlisted, or attempted to enlist for service in conflicts including the Boer war, the First World War, the Second World War, the Korean War, the Vietnam War, as well as more recent conflicts and peace keeping operations.

This acknowledgement of service is part of the ongoing process of recognition and reconciliation. 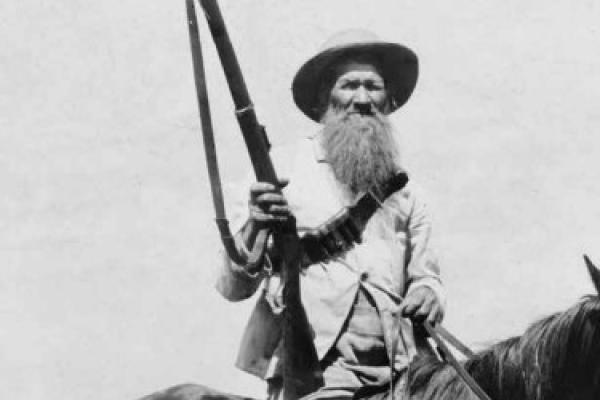 Especially in the early parts of the war, more men volunteered for service than were needed. Although no formal racial restriction on military service existed, there seems to have been a general understanding among recruiters and policy makers that white colonials were preferred.

What does Indigenous mean?

For the purposes of this Australian War Memorial, the term Indigenous is understood as referring to the Indigenous peoples of territories administered and/or occupied by Australian forces: Aboriginal, Torres Strait Islanders, South Sea Islanders and Papuans.

The inclusion of words, terms or descriptions from historical records reflects the social and political attitudes of the period in which they were written. The memorial apologises for any distress that may occur.

All reasonable care has been taken in compiling this information; details have been taken from publically available records, including state and national archives, newspaper articles, genealogical material, family memorabilia, and oral histories. Discrepancies may exist; readers are strongly encouraged to contact the memorial if they have information that may improve the accuracy and completeness of the list.