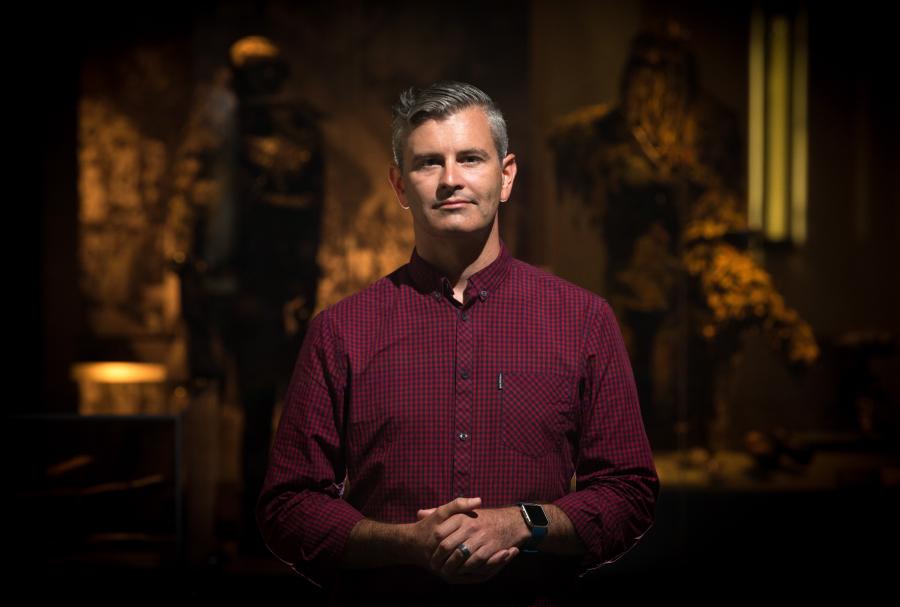 Dr Karl James is the Head of the Military History Section at the Australian War Memorial, Canberra. He has worked as a historian at the Memorial since 2006. A graduate of the University of Wollongong, his research focuses on Australia’s involvement in the Second World War. His publications include Kokoda: Beyond the Legend (as editor, Cambridge University Press, 2017), Double Diamonds: Australian Commandos in the Pacific War, 1941–45 (NewSouth Books, 2016) and The Hard Slog: Australians in the Bougainville Campaign, 1944–45 (Cambridge University Press, 2012). He is a member of the editorial staff for the Memorial’s magazine Wartime. He has worked on major exhibitions at the Memorial, including as lead curator for From the Shadows: Australia’s Special Forces (2017–18), the special anniversary exhibition The Rats of Tobruk, 1941 (2011), and the refurbishment of the permanent Second World War Galleries (2010).

Dr James is currently working with Professor Peter J. Dean on the edited volume Australia in the Second World War: On campaign and the Home Front (to be published by Brécourt Academic and the University Press of Kentucky). He is researching a new history of the 1941 siege of Tobruk during the Second World War.

In 2021 Dr James became co-chair of the Armed Services working group for the Australian Dictionary of Biography. He was previously a Departmental Visitor with the Strategic and Defence Studies Centre at the Australian National University, Canberra.

“‘I hope you are not too ashamed of me’: Prisoners in the Siege of Tobruk, 1941”, in Joan Beaumont, Lachlan Grant and Aaron Pegram (eds), Beyond Surrender: Australian Prisoners of War in the Twentieth Century, Melbourne University Press, Melbourne, 2015