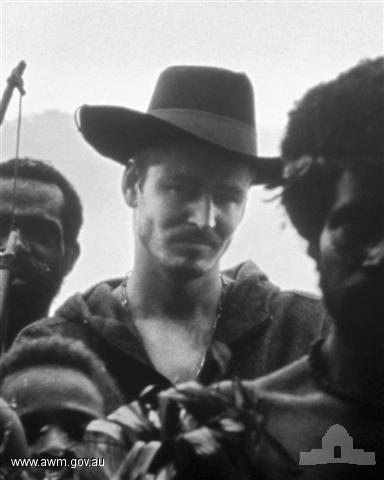 Portrait of Ben Bohane by an unknown photographer P05420.001

Ben Bohane studied theology before becoming a photojournalist in the early 1990s. Since then he has travelled to many parts of Pacific region. His photographs and journalistic accounts of conflicts and civil unrest in Fiji, Solomon Islands, Bougainville, and West Papua, among other places, have been widely published in Australia and overseas. Bohane’s interest in the history and politics of the region remains strong. He has recently completed a master’s thesis at Wollongong University on conflict and custom in Melanesia and is now based in Vanuatu.

Ben Bohane, Harold Keke and Guadalcanal Liberation Force guerrillas praying before heading out on a boat patrol of the Weathercoast, Solomon Islands, 2003 P04580.026

Bohane is a member of the recently formed photographic collective °South, which also includes Stephen Dupont, David Dare Parker, and Tim Page. Bohane seeks what he terms an independent record of conflict. “If you work for a mainstream media organisation,” Bohane has written, “you only have the opportunity of covering issues from one side.” Bohane covers many aspects of a given conflict and often spends extended periods of time with combatants on all sides. In Solomon Islands between 2000 and 2003, for example, Bohane documented the civil war between the people of Guadalcanal and squatters from the nearby island of Malaita. He travelled with guerrillas of the Guadalcanal Liberation Front, photographed members of the opposing Malaita Eagle Force, and recorded the arrival of Australian troops, who arrived on the islands in late 2000 as part of the International Peace Monitoring Team that unsuccessfully sought to bring peace to the islands. 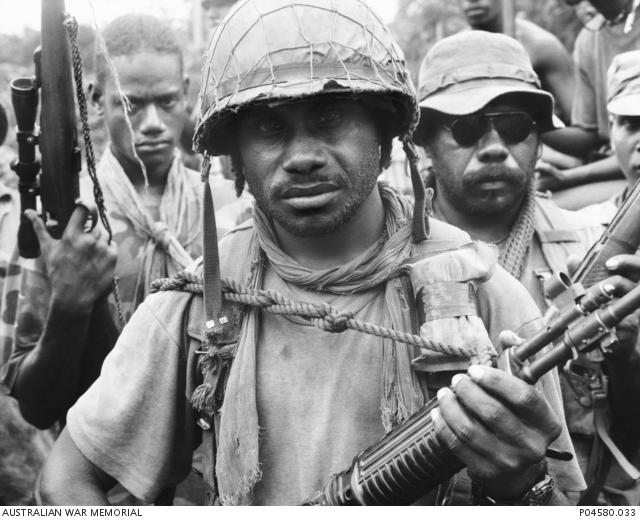