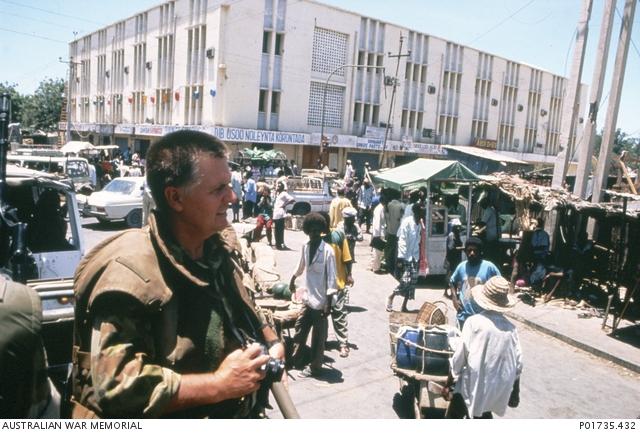 George Gittoes was a member of Sydney’s famous Yellow House artist’s cooperative during the early 1970s. He has since become Australia’s best-known war artist. For over three decades his paintings, drawings, and films have commented on international politics and conflict, including the Vietnam War and civil unrest in Central America and North Africa, as well as the recent conflict in the Middle East and Afghanistan.

In an arrangement with the Australian War Memorial Gittoes travelled to Cambodia in 1992 and Somalia in 1993 to record the involvement of Australian troops in United Nations peacekeeping operations. In 1995 he accompanied members of the army public relations unit to Rwanda, where he documented the aftermath of that country’s civil war. His recent film with US forces in Iraq, Soundtrack to a war (2006), has received wide attention. 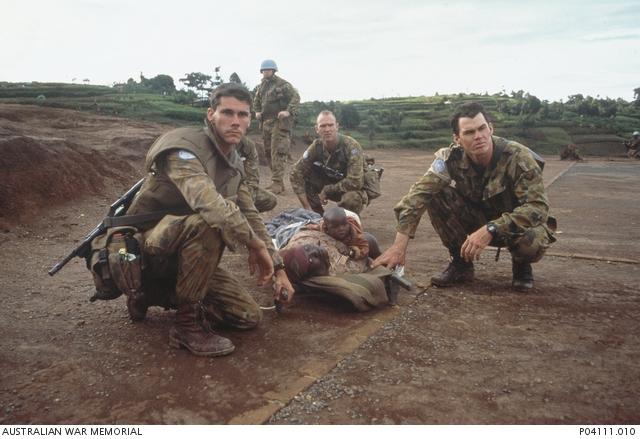 For Gittoes, photography is essentially a documentary device that, along with sketches made on the spot, provides the field work upon which paintings and developed drawings are completed in the studio. However, Gittoes has recently come to play a central role in his work as an “independent witness” to world events. His photographs of the aftermath of the Rwandan genocide, for example, were intended to indicate the traumatic nature of the event in a way that was not possible with words: “Whatever the lanuage and the variance of the ‘facts’, nothing can disguise the fundamental elements of a human tragedy which should never have happened.” 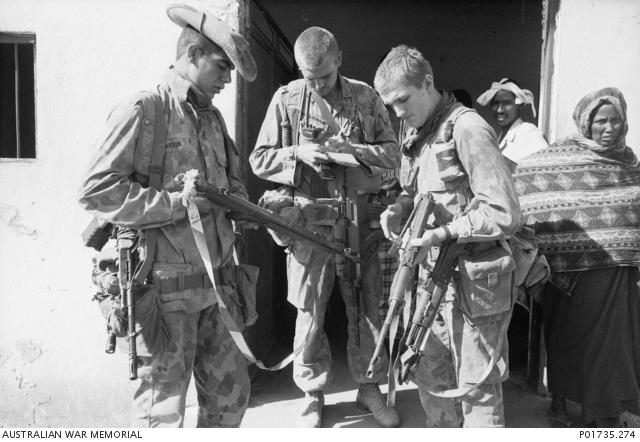