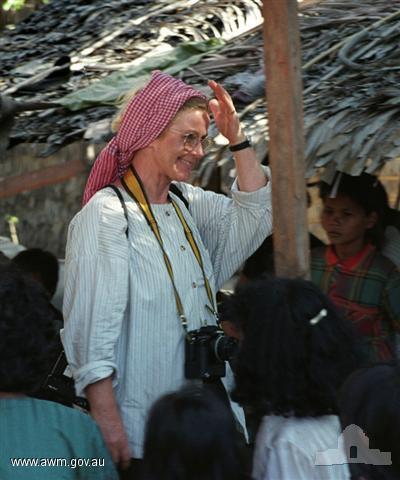 Portrait of Heide Smith in Cambodia, 1993, by Marje Prior

Heide Smith was born in Germany, where she trained as a photographer before migrating to Australia in 1971. While Smith took photographs for The Canberra Times and operated her own studio during the 1970s and 1980s, she developed a reputation around Canberra for her commercial portraiture and architectural studies. Smith has also undertaken documentary projects, including photographing the Tiwi people of northern Australia. In 1993 Smith accompanied the Australian writer Marje Prior to Cambodia, photographing the participation of Australian members of the 19,000-strong United Nations Transitional Authority in Cambodia (UNTAC) in the recovery of the country. 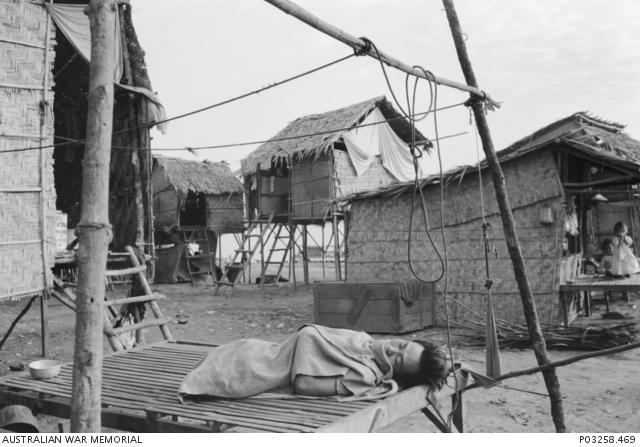 During her visits to Cambodia in January and August 1993, Smith made hundreds of portraits of those involved in the Cambodian peace process. These included many of the Australians who assisted the people of Cambodia recover their cultural history and identity after the trauma of the Khmer Rouge period. Smith also produced a series of photographic essays that draw attention to the aftermath of the Khmer Rouge’s reign. These cover the effects of landmines on civilians and the mass graves of victims of genocide. 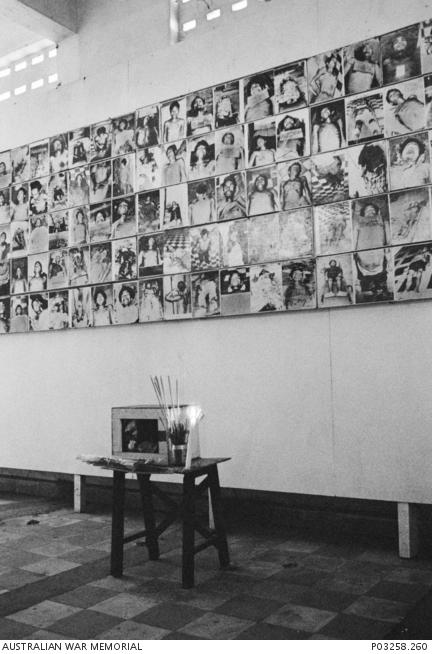