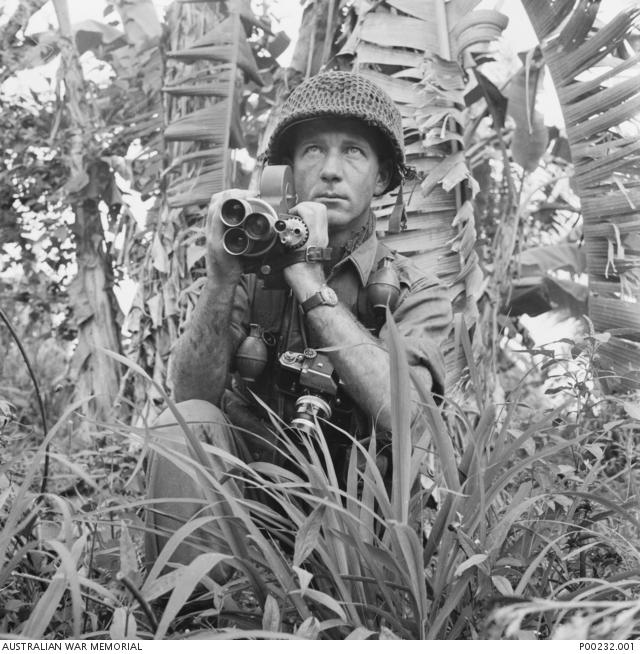 Mike Coleridge was born in Slovenia. He escaped to Austria with his mother when German troops occupied his hometown, and immigrated to Australia as an unaccompanied 16-year-old. Over the next few years Coleridge worked in a range of manual jobs in Sydney and rural New South Wales, before enlisting with the Australian Army in Darwin in 1957 and serving in Malaya with the Royal Australian Artillery. While in Malaya, Coleridge privately made films for the British army using his own cameras. On his return to Australia in 1963, Coleridge had a reputation for this work and was appointed as public relations photographer. 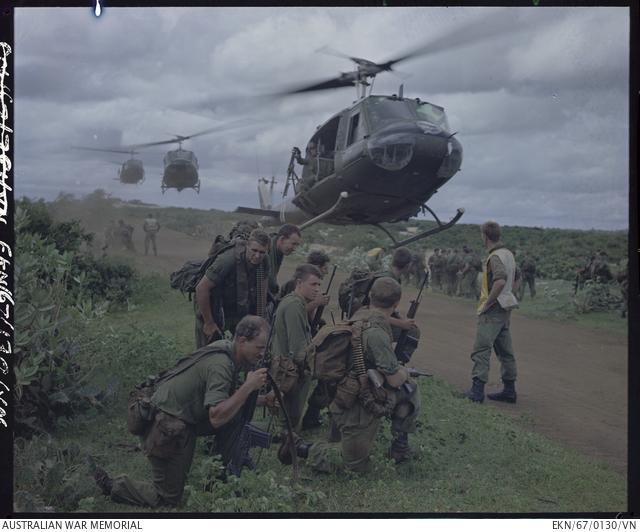 Coleridge went to Vietnam in late 1966 and spent over a year in the country. Like other army public relations photographers, Coleridge operated quite independently, at times having to subsidise his work by acquiring his own film (especially colour films, which the army did not provide) and often making his own way around. Coleridge was at all times remarkably resourceful: he established his own makeshift darkroom at the Australian base at Nui Dat, from where he processed photographs that would come to define the Australian experience of the Vietnam War.

As a young boy in Slovenia, Coleridge was fascinated by the heroics of the war cameramen responsible for the newsreels he watched in movie theatres. The image of the camera recording the frontline stayed with him. In Vietnam he often worked at great personal risk, travelling with at least three cameras. Coleridge recorded parts of the tours of duty of 5RAR, 6RAR, and 7RAR, and the range of activities he covered was vast. He took many portraits of soldiers carefully moving through South Vietnam’s landscape to provide people in Australia with a sense of the physical conditions under which soldiers operated. He also took many photographs of Iroquois helicopters; one of these has become an iconic image of the Vietnam War for Australians. 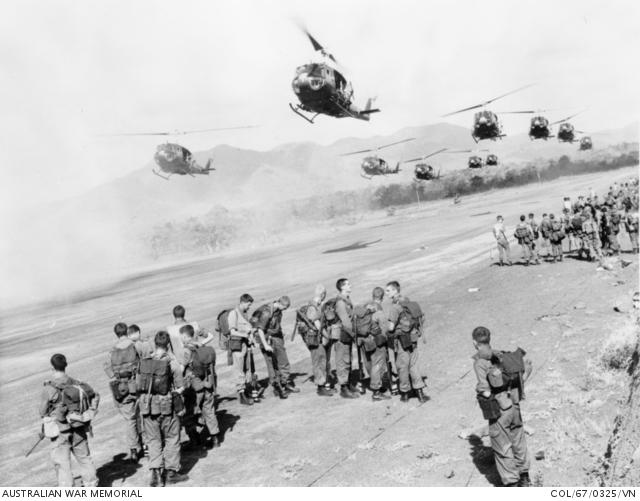 Mike Coleridge. Troops from 7th Battalion, The Royal Australian Regiment (7RAR), wait at Luscombe Field, while mates are lifted off by a fleet of Iroquois helicopters. The troops were starting Operation Puckapunyal, a short shakedown for the Battalion which had recently arrived from Australia. COL/67/0325/VN