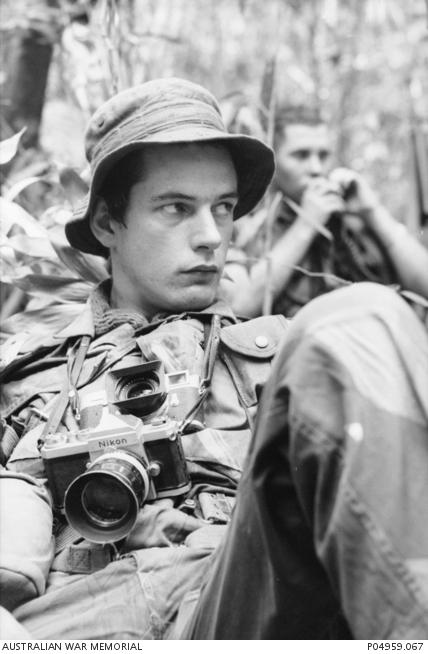 Portrait of Tim Page in South Vietnam by an unknown photographer P04959.067

Tim Page is one of the world’s best-known war photographers. Page became a war photographer almost by accident when, while travelling in south-east Asia, he witnessed civil war in Laos. Using a borrowed Nikon camera, Page photographed the coup d’état in Vientiane in January 1964; his photographs were among the few taken of the coup. Soon after, Page was commissioned by United Press International to photograph the neighbouring war in Vietnam, becoming one of the first to do so. 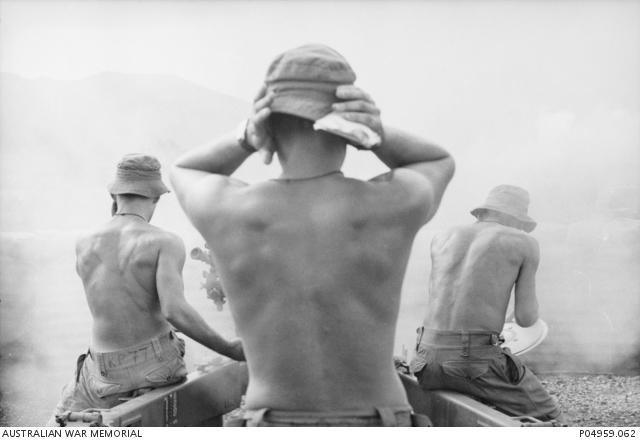 Page took some of the most widely reproduced photographs of the Vietnam War during his three years in the country. One or two of these feature Australian soldiers. In the summer of 1966 Page photographed the activities of 1RAR, the Australian Army Training Team Vietnam, and, later, 5RAR around Nui Dat and Rung Sat. Among Page’s most impressive photographs of Australian troops are those depicting gunners and 105 mm howitzers at the Nui Dat base. These often brutal depictions of military activity are interspersed with peaceful images of soldiers at rest, including men resting in war-damaged buildings around Bien Hoa. Page photographed events in Vietnam until 1969, when he was critically injured by an exploding landmine.

Page moved to Australia in 2002 and became an adjunct professor of photojournalism at Griffith University in Brisbane, Queensland. He died of liver cancer on 24 August 2022. 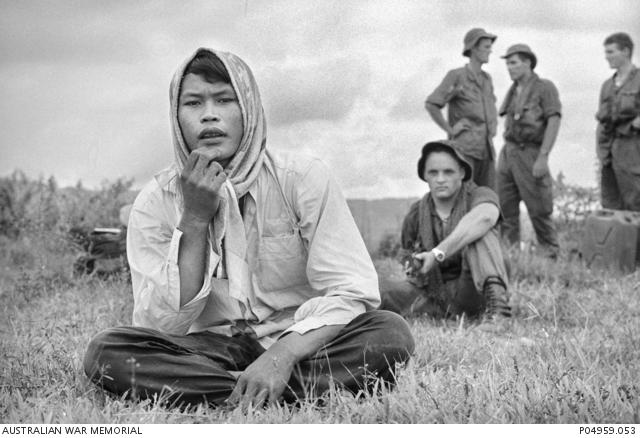 Tim Page, A soldier of 1RAR guarding a suspected Viet Cong operative outside the 1st Australian Task Force base at Nui Dat, 1966 P04959.053