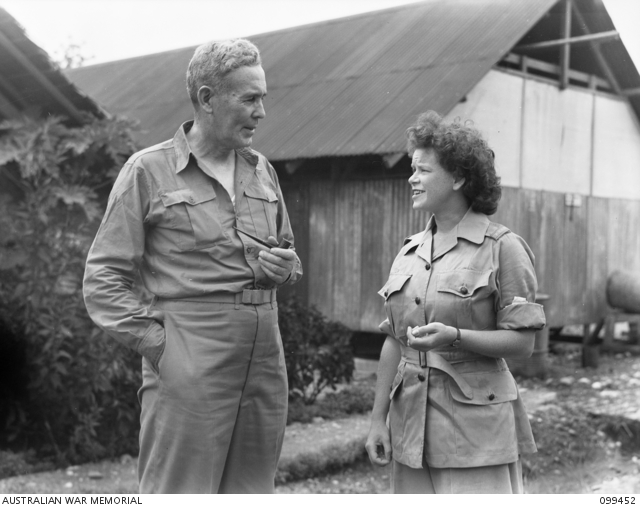 From the outset of the Second World War, Australian women were aware of the changing role of British women in supporting Britain’s war effort. To help “do their bit” for Australia’s war effort, women in Australia joined groups as diverse as the Australian Red Cross Letters Association, the Australian Comforts Fund, the Women’s Air Training Corps, and the Women’s Emergency Signallers.

The Women’s Australian National Service (WANS) was inaugurated in 1940. Training for members of the WANS included air raid drills, first aid, basic military drills, and even shooting, signalling, and mechanics. In the period leading up to the formation of the Australian Women’s Army Service (AWAS), the WANS demonstrated that women were capable of filling roles traditionally filled by men.

Sir Percy Spender, Australia’s Minister for the Army, considered women to be an underutilised resource in Australia’s war effort. Consequently, he approved the formation of the AWAS on 13 August 1941 with the objective of releasing more men into forward areas.

Many of the women who entered the AWAS had previously been in the WANS. Members of the AWAS took on roles such as drivers, provosts, canteen workers, cooks, typists, signallers, and cipher clerks. There were other unusual roles, such as a Japanese translator, a veterinary surgeon, and an anthropologist who liaised with Indigenous groups.

A group of AWAS personnel was stationed at the barracks near Cowra during the prison camp breakout in 1944, and another AWAS group was attached to the experimental chemical warfare unit in Queensland. Over 3,000 AWAS members helped defend Australia by manning the Fixed Defence units.

Lieutenant Colonel Sybil Howy Irving was appointed as Controller of the AWAS in October 1941. Irving came from a military family and had extensive experience with the Girl Guides and the Red Cross. She was responsible for the selection of assistant controllers and other officers, who were chosen from the ranks of women considered outstanding in their own field or in the community.

The first Officer’s Training School was held at the Guide House at Yarra Junction in November 1941. These 28 officers then set about recruiting more women, with the AWAS eventually enlisting 24,026 members. These women were the first to serve in the Australian Defence Forces outside of the medical/nursing field.

Eligibility criteria for entry into the AWAS included:

Approval was given by the War Cabinet in November 1944 for the posting of up to 500 AWAS members to New Guinea. These women were to be volunteers, single, and aged between 21 and 35 (40 in the case of officers). A total of 385 AWAS members served in New Guinea.

In May 1945, the MV Duntroon left Brisbane with 342 members of the AWAS under the command of Captain Lucy Crane. The women were stationed at Lae, New Guinea, for about 12 months under the command of Lieutenant Colonel Margaret Spencer. Most of these women worked in the Headquarters First Australian Army.

An additional five AWAS members worked with the Entertainment Unit in Rabaul from January to June 1946.

Between 1942 and 1946, 300 AWAS members served in the Northern Territory at Alice Springs, Adelaide River, Katherine, Tennant Creek, and Darwin.

One officer, three NCOs, and one private travelled to London on HMAS Shropshire with other members of the Australian contingent to participate in the Victory March in June 1946.

After the war ended the AWAS was no longer required. Colonel Irving resigned on 31 December 1946, and the AWAS was demobilised by 30 June 1947.