During the First World War, the Australian Army's enlistment age was 21 years or 18 years with the permission of a parent or guardian. Although boys aged 14-17 could enlist as buglers, trumpeters and musicians, many gave false ages in order to join as soldiers. Their numbers are impossible to determine.

Enlistment of boys was normal practice for the Navy and several died on service during the First World War. Five of those who qualify for the Memorial's Roll of Honour were serving on the Sydney-based training ship HMAS Tingira.

Private James Charles ('Jim') Martin is the best known boy soldier. He is believed to be the youngest soldier on the Roll of Honour. Jim was 14 years 9 months old when he died at Gallipoli. 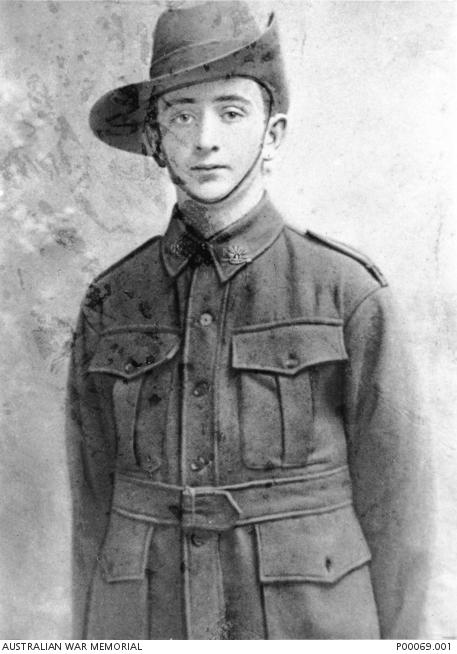 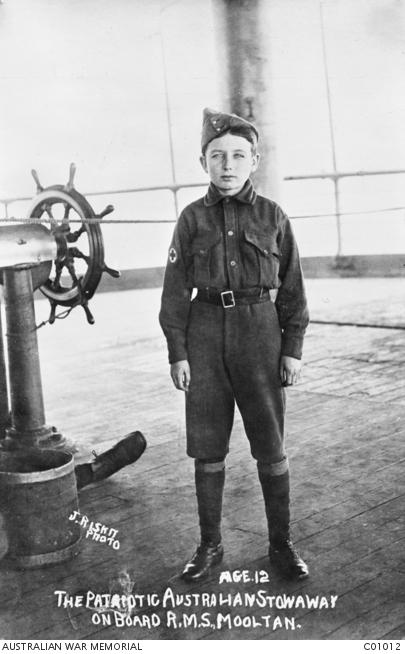 Reginald Garth, a 12 year old Perth boy who stowed away on the transport RMS Mooltan. His three brothers and father enlisted for the First World War and he wanted be part of what he thought might be an adventure.