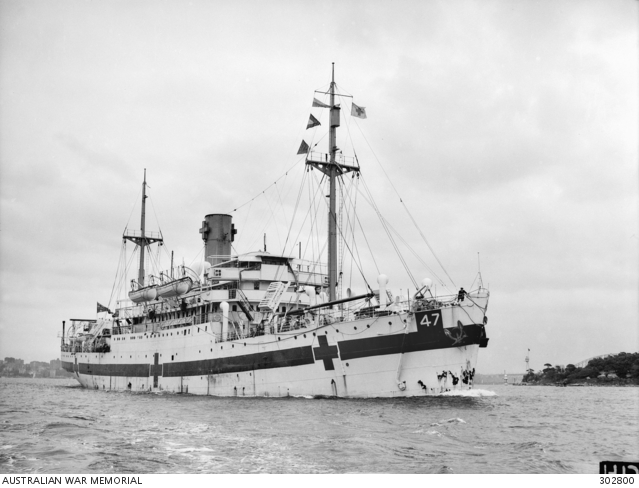 Sydney, NSW. 1943. Starboard bow view of the Hospital Ship Centaur. Prominent red crosses and green lines are painted on her hull. Red crosses are also attached to her funnel and stern with another lying horizontally on the after deckhouse. C247111

Sinking of the Centaur

The Centaur, 2/3rd Australian Hospital Ship, was a motor passenger ship converted in early 1943 for use as a hospital ship. In November 1941 it had rescued survivors of the German auxiliary cruiser Kormoran after it had sunk and been sunk by HMAS Sydney.

On 12 May 1943 the Centaur sailed unescorted from Sydney at 0945 hours carrying her crew and normal staff, as well as stores and equipment of the 2/12th Field Ambulance but no patients. It was sunk without warning by a torpedo from a Japanese submarine on 14 May 1943 at approximately 0400 hours, its position being approximately 27°17' S, 153°58' E about 50 miles east north-east of Brisbane.

Of the 332 persons on board, only 64 survived. These survivors spent 35 hours on rafts before being rescued. Sister Ellen Savage, the only one of twelve nursing sisters on board to survive, though injured herself, gave great help to the other survivors and was awarded the George Medal for this work. 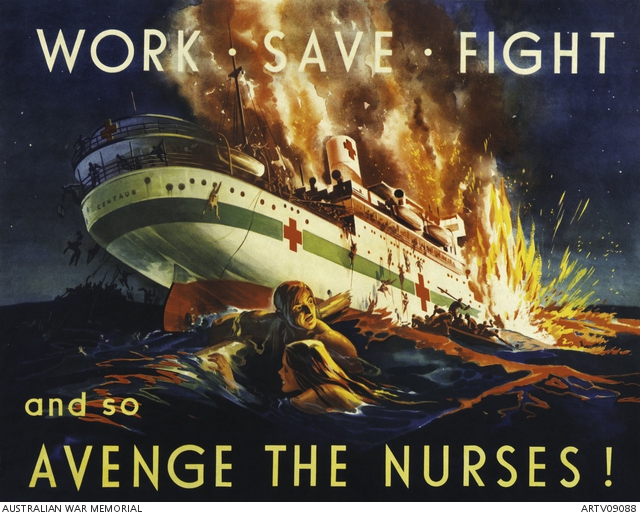 The ship had been appropriately lit and marked to indicate that it was a hospital ship and its sinking was regarded as an atrocity. The Australian Government delivered an official protest to Japan over the incident. The Japanese did not acknowledge responsibility for the incident for many years and the War Crimes Tribunal could not identify the responsible submarine. However, the Japanese official war history makes clear that it was submarine 1-177, under the command of Lt Commander Nakagawa who had sunk the Centaur. Lt Commander Nakagawa was convicted as a war criminal for firing on survivors of the British Chivalry which his ship had sunk in the Indian Ocean.

Since the end of the war, many people have pushed to locate Centaur as a way of providing some solace to those family and friends who had lost loved ones, and to possibly answer some the unresolved questions surrounding its sinking.

A search led by David Mearns, who had previously lead the team that found the wrecks of HMAS Sydney and HSK Kormoran, discovered Centaur’s wreck on 20 December 2009. Centaur was located about 30 nautical miles off the southern tip of Moreton Island, off Queensland’s south-east coast.

The wreck was in one piece although it appears as though the hull broke in at least one, and maybe two, places. Centaur’s approximate position is 27˚ 16.98’S, 153˚ 59.22’E at a depth of over 2,000 metres. The ship’s location is less than 1 nautical mile (1.85 kilometres) from that calculated by the navigator, 2nd Mate Gordon Rippon, who was on the bridge taking regular bearings the night Centaur was torpedoed.

Now that the wreck is found, it will be protected by the Australian government’s Historic Shipwrecks Act 1976. The site will therefore become a memorial to the lives that were lost.