By April 1942 the Japanese had formed a defensive perimeter, which stretched from the Kuriles southward through the Marshall Islands to New Britain, then westwards to Java, Sumatra, the Andaman Islands, and Burma. Within that perimeter Japanese authority was - or soon would be - unchallenged and every strategic position was occupied. In the South-West Pacific Area outposts were held at Lae and Salamaua in northern New Guinea. The Doolittle raid on Tokyo stirred the Japanese to extend the perimeter and cut communications between Australia and the United States. Operations were mounted to capture Tulagi in the Solomons and Port Moresby in New Guinea. These operations were to be covered by a force built around the large carriers Shokaku and Zuikaku. The Japanese plans were uncovered by signals intelligence and the Allies countered with a force built around the carriers Yorktown and Lexington. Included in this force were the Australian cruisers Australia and Hobart. In May these ships were detached to guard against the Port Moresby invasion force. They were unsuccessfully attacked by Japanese aircraft. In the event the invasion force turned back after losses to US air attacks. Meanwhile the two opposing carrier forces fought a battle in which Lexington was lost and Yorktown, Zuikaku and Shokaku were heavily damaged. 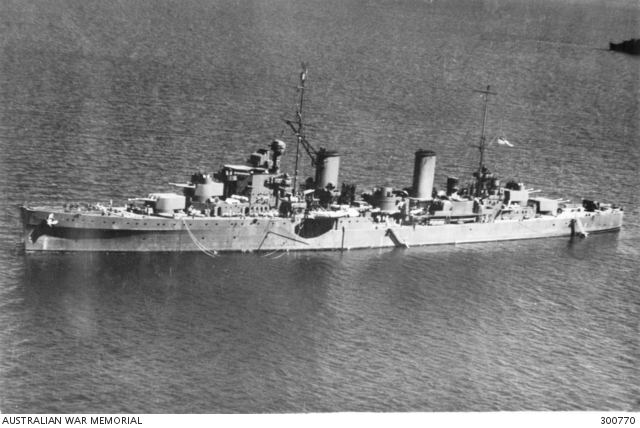