British soldiers, including Australians, first used a regulation method of personal identification in the Boer War (1899–1902). This consisted of a strip of tape intended to be carried in the pocket of their tunic. The identification was designed to assist in identifying the seriously wounded or the dead; however, it was found that soldiers did not always carry their identification in the correct pocket and detailed searches would often be required when trying to identify a casualty. 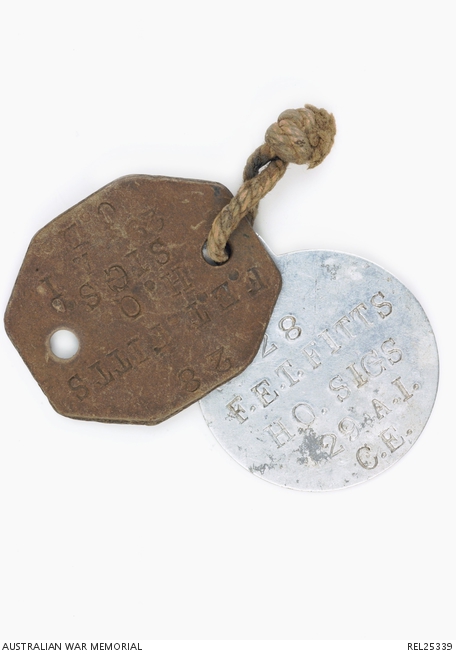 In 1906, Australian soldiers were issued with a tin disc rather than the tape, and given orders that this was to be worn around the neck. The discs were stamped with the soldier's name, service or regimental number, religion, and unit. During the First World War this was increased to two fibreboard discs, one round and one octagonal. The octagonal disc, sometimes coloured green, was to remain with the body of the soldier to aid in identification should the body need to be exhumed. The circular disc, sometimes coloured red, was used to identify the belongings of the soldier and be sent home. Folklore has it that these colourings were to aid soldiers in remembering which tag went where: red meant blood and was to be taken, since the soldier was dead; green meant grass and was to stay with the body.

During the Second World War, the fibreboard discs were replaced with metal ones, which would not rot in wet conditions. They were secured around the neck by cotton tape (which did rot in the jungle), a leather thong, or a metal chain. The latter would have been provided by the soldier individually. 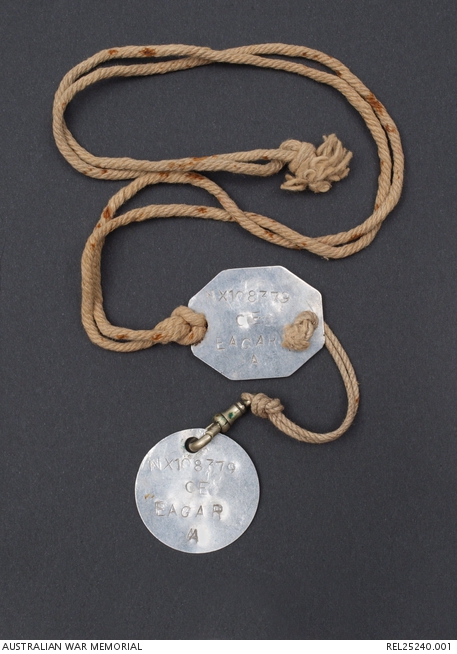 The term "dog tag" is an American one which was never used by Australian soldiers, at least up to the Vietnam war. They were sometimes sardonically called "dead meat tickets".

Identification discs (dog tags) are to be worn when engaged in field training or operations, duty travel in service aircraft or posted overseas. They are to be worn on the issued chain only.