The battles around El Alamein took place between July and November 1942, and were the turning point of the campaign in North Africa. The men of the Australian 9th Division played a key role, further enhancing the reputation for skill, dedication and toughness they had earned while defending Tobruk. 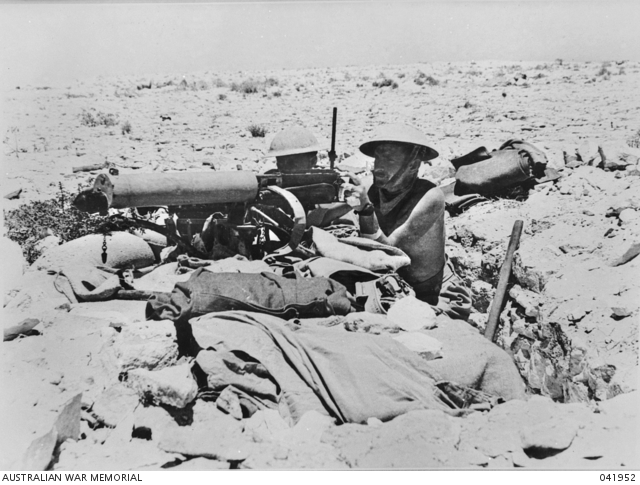 An Australian machine gun post near El Alamein in July 1942. The forward troops had to endure cramped conditions in slit trenches during the heat of the day, as movement above ground was impossible due to enemy fire.  C238284