The Second World War gallery at the Australian War Memorial displays a life raft which has been associated with HMAS Sydney. The "Carley float", as it is known, was recovered from the sea 300 kilometres off Carnarvon, in Western Australia, by HMAS Heros a week after Sydney was sunk with the loss of all 645 men aboard. Sydney is known to have carried Carley floats, although as Tom Frame states in his 1993 book HMAS Sydney: loss & controversy: "only the circumstances of its recovery establish any definite link between the Carley float recovered by Heros and HMAS Sydney." There are no identifying features on the float to link it to HMAS Sydney. However, the time and place of its recovery have led the Australian War Memorial to believe that it probably came from Sydney.

For an analysis of the float, see the booklet by John Ashton, Cathy Challenor and Bob Courtney, The scientific investigation of a Carley float (Canberra: Australian War Memorial, 1993). 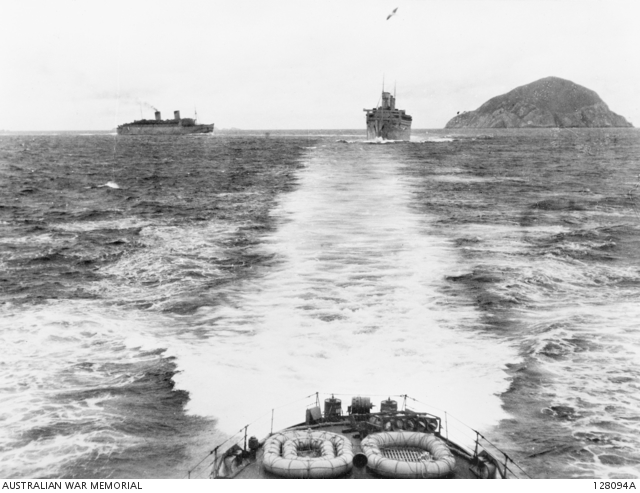 Carley life rafts on the stern of HMAS Sydney while on convoy duty in the Bass Strait, 4 September 1941
C1018129