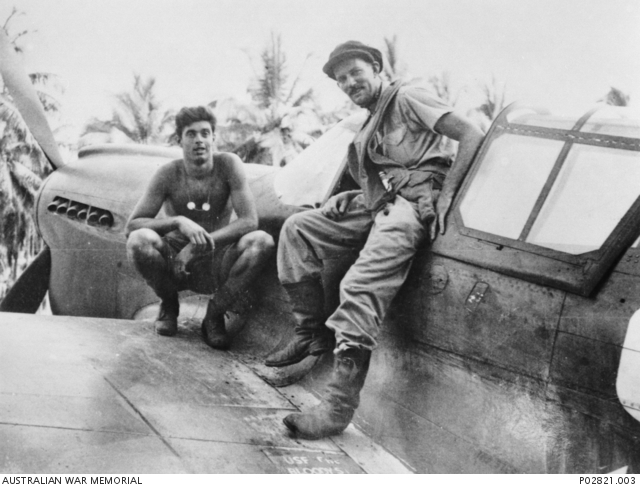 By August 1942 the Kittyhawk aircraft known as “Polly” had arrived with No. 75 Squadron, Royal Australian Air Force, at Milne Bay on the far eastern tip of Papua. “Polly” was the regular aircraft of Flight Lieutenant Bruce “Buster” Brown, and was flown in the defence of Milne Bay. Brown named it “Polly”, after his girlfriend.

During late 1942 the Kittyhawk was damaged several times while fighting Zeros. On 14 April 1943 “Polly” was flown by Squadron Leader Wilfred Arthur against the last major Japanese air attack on Milne Bay. Although Arthur’s guns failed after take-off, he still led his pilots into action. He was later awarded the Distinguished Service Order for his bravery. Soon after, “Polly” was retired from service and ended up at an RAAF school at Flemington race course.

The aircraft was disposed of by the Department of Aircraft Production around 1947. It changed ownership several times before the Australian War Memorial purchased it in 1992. "Polly" is now on display in the Memorial's Aircraft Hall.