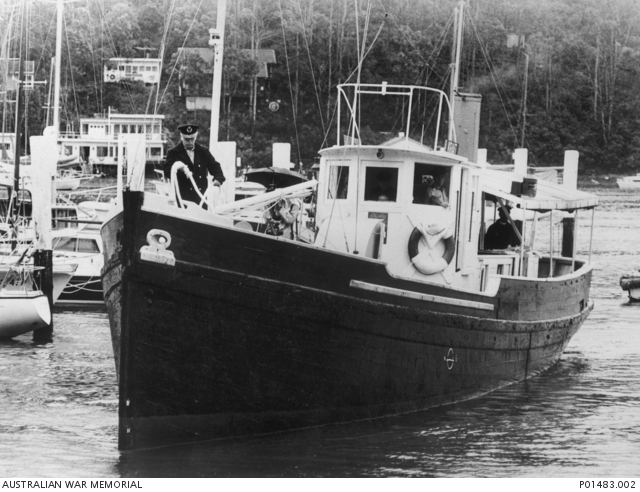 The MV Krait was originally restored in 1964 and used for training and recreation purposes by the Royal Volunteer Coastal Patrol. The vessel is part of the Memorial's collection, on loan to the Australian National Maritime Museum in Sydney. C195691

The MV Krait (originally known as the Kofuku Maru) was formerly the property of a Japanese fishing firm in Singapore. After the fall of Singapore, she was employed in the rescue of evacuees from ships which had been sunk along the East Coast of Sumatra. Some 1,100 people were transported in the Krait during this period.

When the Netherland East Indies surrendered, the Krait was sailed to India by a civilian, Mr W.R. Reynolds. It eventually reached Australia and, because it was a former Japanese vessel, was selected to transport members of Operation Jaywick conducted by Z Special Unit, Australian Services Reconnaissance Department, into Japanese-occupied waters near Singapore. On the night of 26th September 1943, six British and 11 Australian army and naval personnel on the Krait placed limpet mines on ships in Singapore harbour. In this operation, seven ships were sunk and the men returned to Australia on the Krait on 19 October 1943.

Further information about the Krait is held in the Australian War Memorial's Private Records Collection and includes the log book of the Krait's voyage from Australia to Singapore from September to October 1943. The log book is on display in the Memorial's Second World War gallery.