The term Merchant Navy refers to a nation’s commercial shipping and crews. During the Second World War Merchant Navy ships carrying valuable cargoes were at just as much risk as Royal Australian Navy (RAN) warships. Merchant ships were attacked not only in distant waters but also within sight of the Australian coastline while traversing much frequented trade routes.

Following a number of gunnery and torpedo attacks on merchant ships along the New South Wales coast, the Naval Board instituted a system of coastal convoys as a temporary protective measure. Ships that sailed independently, rather than in convoys, ran a greater risk of being torpedoed. Hospital ships were crewed by merchant seamen. 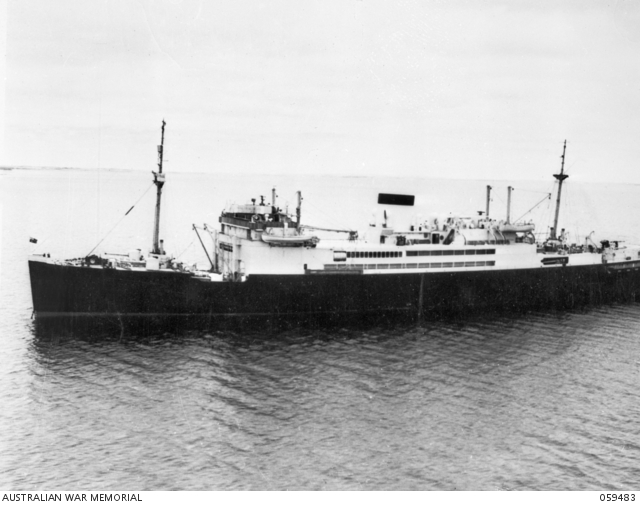 HMAS Manoora, an Australian coastal passenger liner, was requisitioned on the 14 October 1939 by the Naval Board.  C18658

Contrary to popular belief, merchant seamen were not well-paid, did not have comfortable working hours, and their living conditions were often very poor. Industrial action did occur but it did not benefit seamen as much as has been said and was almost always entered into on the basis of pay, extreme danger, or working and living conditions. Figures published by the Seaman’s Union of Australia (SUA) in 1972 indicate that 386 members of the union lost their lives during the Second World War. Given the union’s claim of a total membership of 4,500 at the beginning of the war, the overall fatality rate among seamen members of the SUA during the Second World War was 8.5 per cent, a rate higher than that sustained by Australia’s fighting services.