Just over 4,000 Australians were taken prisoner during the First World War by the Turks and the Germans.

Of the 232 Australian prisoners of war captured by the Turks, nearly half were light horsemen captured in Sinai and Palestine; others were captured at Gallipoli, were members of the Australian Flying Corps, or were crew of the submarine AE2. About 25 per cent of these prisoners of the Turks died in captivity.

In all, 3,850 Australians were captured by the Germans on the Western Front between 1916 and 1918. Nine per cent of these prisoners died in captivity. A total of 395 Australians died during captivity in the First World War.

When the first Australian prisoners of war were taken by the Germans in July 1916, a separate department of the Australian Red Cross Society (ARCS) was formed to take care of them. The ACRS despatched 395,695 food parcels and 36,339 clothing parcels. 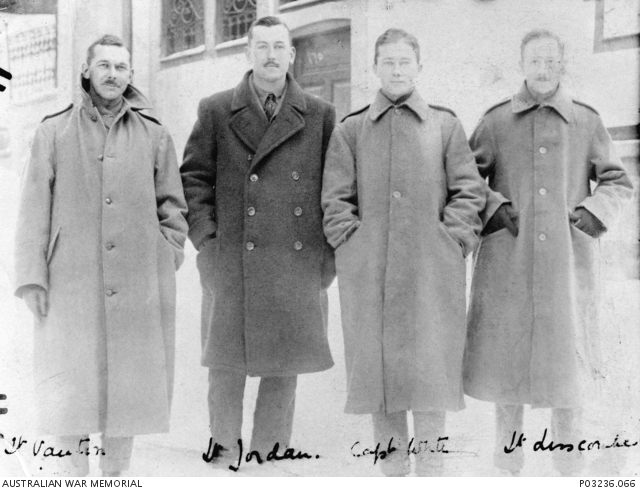