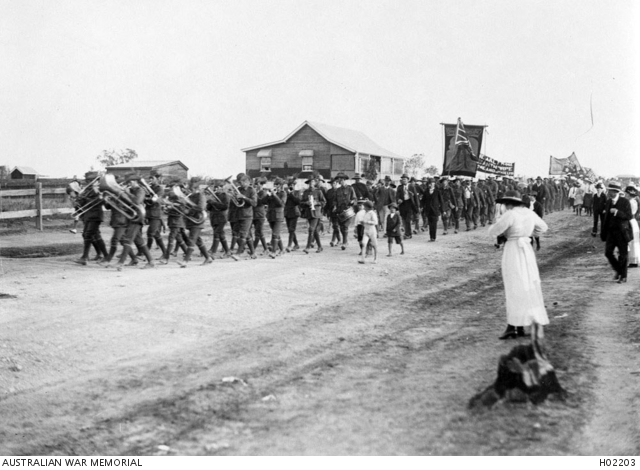 One of the recruiting marches organised in New South Wales and Queensland during 1915 and 1916.

The only one of these marches in a state other than New South Wales.

Names of marchers were reported in the local newspapers as they joined the march.

A commemorative re-enactment march took place in 1998 with 28 volunteers leaving Warwick on 13 April and arriving in Brisbane to participate in the Anzac Day march.