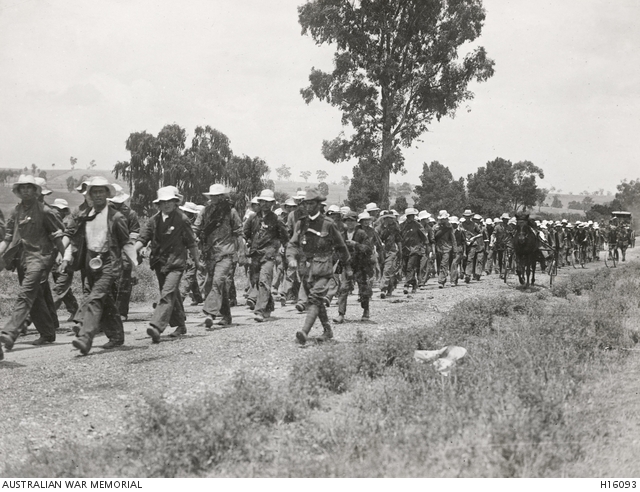 Groups of recruits joined from Narrandera, Tumut and Young. To retain the march’s country character, no recruits were taken on after Campbelltown.

This was the longest of the recruiting marches - 350 miles.

The military authorities attempted to stop the march at Goulburn, intending that they should enter camp for training, but it continued to Sydney. There were accusations of misconduct both during the march and after the Kangaroos had entered training camp. They staged a strike outside Goulburn and again in Sydney over leave, both strikes led by Australian Workers’ Union members who had been recruited at Galong and Goondah.

Many of the Kangaroos were allotted to the 55th Battalion, which arrived in France in 1916.

One of the Kangaroos, John Ryan of Tumut, was to receive a Victoria Cross. Other awards to marchers included 2 Distinguished Conduct Medals and 7 Military Medals.