On 7 May 1945 the German High Command authorised the signing of an unconditional surrender on all fronts: the war in Europe was over. The surrender was to take effect at midnight on 8–9 May 1945. The following day, 8 May, was declared VE (Victory in Europe) Day, but in Australia, celebration was tempered with the knowledge that the war in the Pacific was still to be won.

Australians serving overseas joined wholeheartedly in the celebrations. While in the major Australian cities there were similar outbursts of rejoicing, overall, the mood across the country was sombre. Churches held thanksgiving services, and on 9 May 100,000 people attended the service at the Shrine of Remembrance in Melbourne. On that day, in Canberra, the editorial writer of The Canberra Times fancied that the floodlights over the Australian War Memorial stood "in bright relief against the darkness which is now passing from Europe, and soon from the entire world". 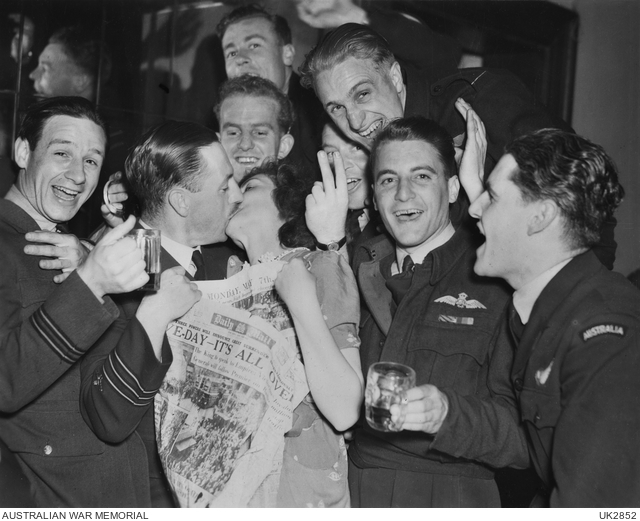