HMAT Wiltshire (A18) was one of the steamships requisitioned by the Australian Government for use ... 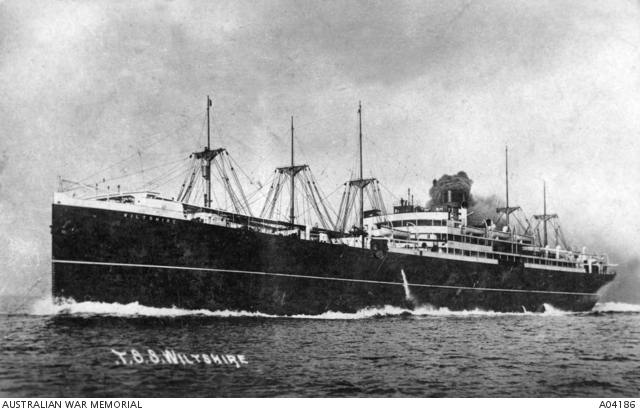