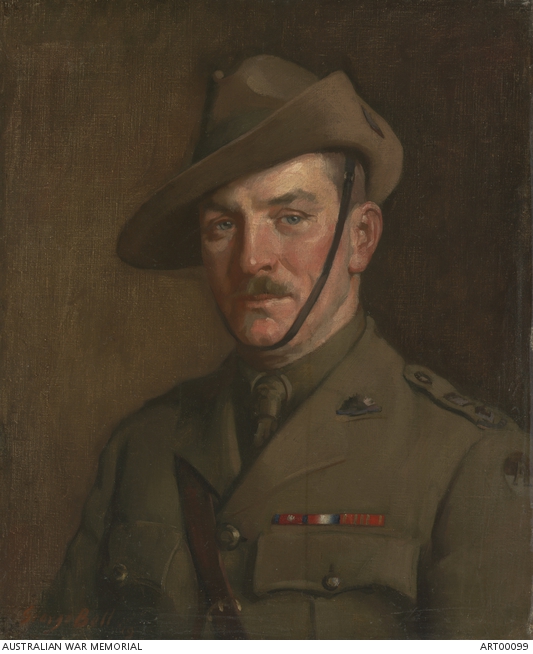 Depicts a portrait of Lieutenant Colonel Robert Christie (1883-1957) , DSO and BAR, Commanding 51st battalion, at Villers- Bretonneux and later Air Commander, RAAF, wearing a slouch hat. He served with the 5th Light Horse Regiment in 1914 and with the 51st battalion in 1916, the year he was appointed Major. He returned to Australia in July 1919.