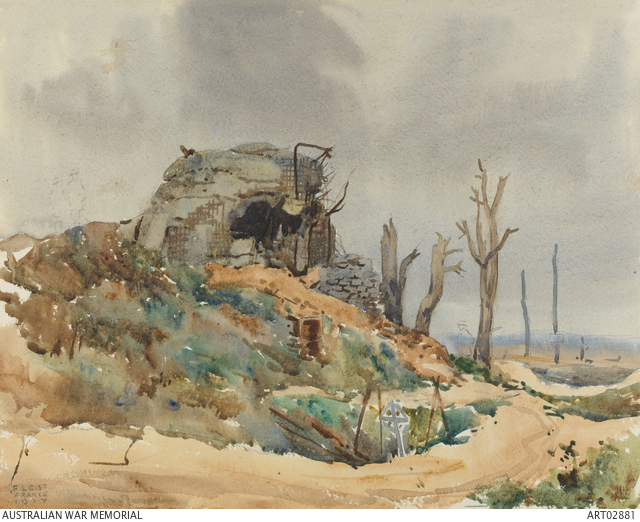 Depicts a wrecked building,smashed trees, a war grave and a battlefield on the horizon near Pozieres, France. 'Gibralter' was a German observation post, originally of reinforced concrete, on the outskirts of Pozieres. It was taken by the 2nd Battalion AIF after heavy fighting and was called 'The Cement House' by Australians. Fred Leist was an official war artist attached to the 5th Division AIF from January 1917 to March 1920. He served in France from September to December 1917 and from June to August 1918. He had previously worked for the British War office designing recruiting posters from 1915-1916.