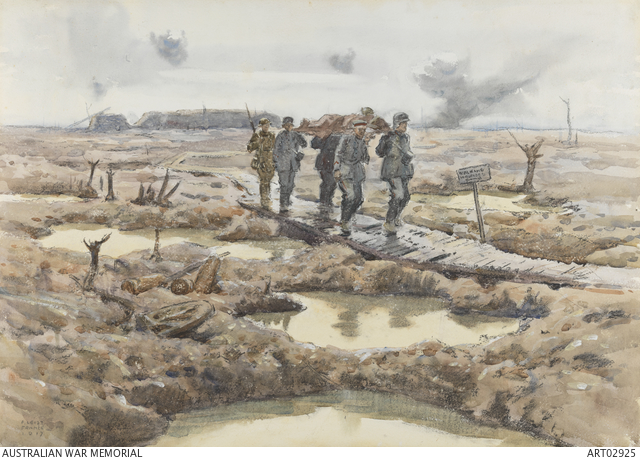 Depicts a wounded man on a stretcher being carried by four German prisoners of war while under armed escort of an Australian soldier. They are walking along a duckboard track past shell holes filled with water. The landscape has bits of war debris such as destroyed wagon parts and shell casings. In the distance are bombardments, explosions and smoke from the Third Battle of Ypres on the Western Front in 1917.