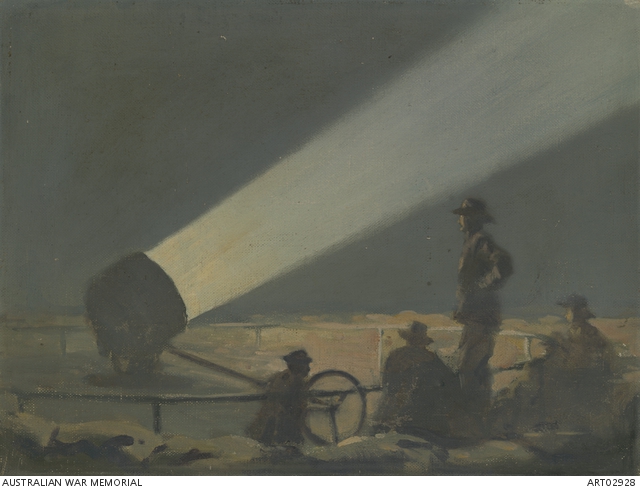 A group of soldiers and an officer are depicted near a lit anti-aircraft searchlight on the Western Front. The powerful beam of the searchlight streaks diagonally across the picture plane, contrasting against the silent darkness of the night and the quietly expectant men nearby. Fred Leist was appointed an official war artist in September 1917, attached to the 5th Division AIF and worked twice in France between September to December 1917 and from June to August 1918.