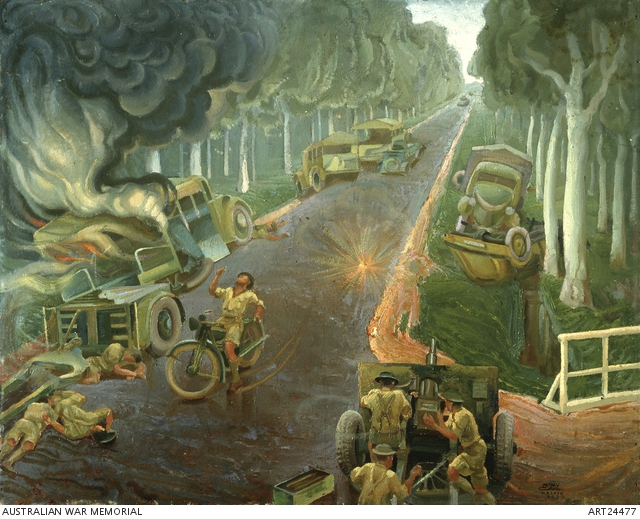 This work depicts the fighting at Parit Sulong by the men of the 2/15th Australian Field Regiment. A 25 pounder gun is in the lower right corner. This battle became the scene of a massacre at the hands of the Japanese. The Australian force was attempting to withdraw along the Bakri to Parit Sulong road and was stopped at the bridge over the river at Parit Sulong. Unable to withdraw on the road, the men were forced to disperse through the jungle and swamps. They left behind 163 wounded who could not travel. After they were captured by the Japanese, the wounded prisoners were brutally herded together; many of the prisoners were forced into a shed from where on the evening of the 22 January 1942 they were tied together in small groups and taken away to be killed. Only two survived by feigning their deaths.