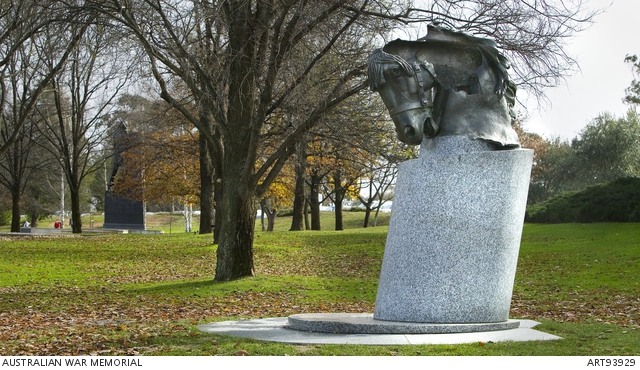 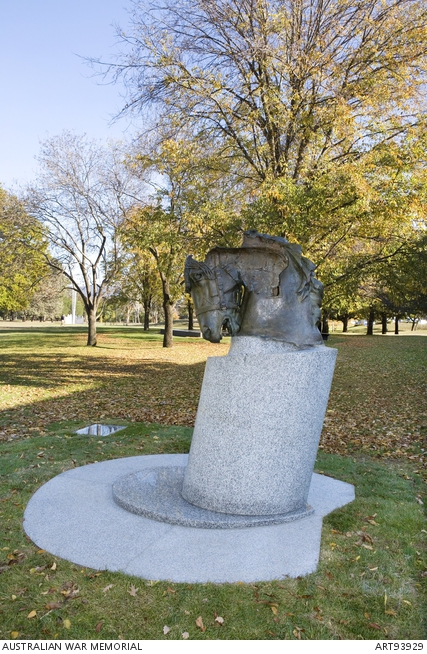 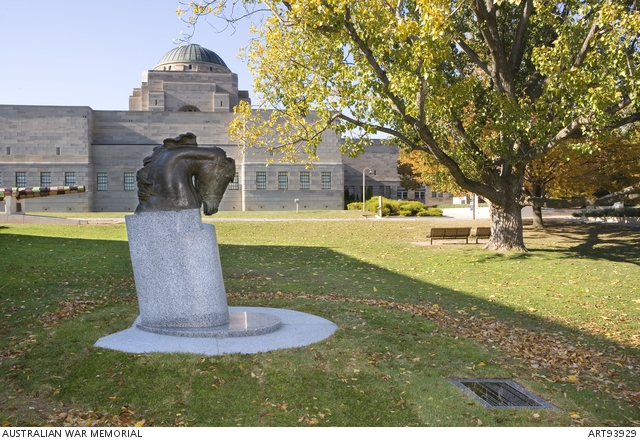 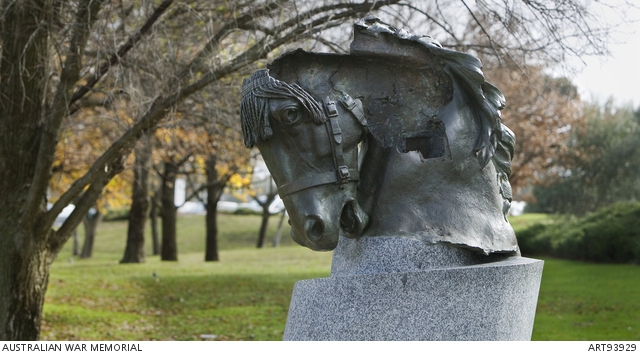 The Animals in War Memorial is a joint project between the Australian War Memorial and the Royal Society for the Prevention of Cruelty to Animals (RSPCA). The memorial commemorates those animals that served alongside Australians in all conflicts. It recognises the practical and psychological roles animals have played during times of war and conflict. The Animals in War Memorial incorporates as its centrepiece a large bronze horse head, the only remaining fragment from the original Desert Mounted Corps memorial. The Desert Mounted Corps memorial was designed by Charles Web Gilbert, temporarily worked on by Paul Montford and completed by Sir Bertram Mackennal. It was installed in Port Said, Egypt and unveiled in 1932 by Australia's wartime Prime Minister Billy Hughes. In 1956 the Desert Mounted Corps memorial was destroyed by rioters during the Suez Crisis. The remaining fragments of this memorial were returned to Australia. A new memorial, made by Ray Ewers and modelled on the original Gilbert design, was installed and unveiled by Sir Robert Menzies at Albany, Western Australia in 1964. A version of this was also installed on ANZAC Parade, Canberra and unveiled by Prime Minister John Gorton in 1968.
Artist, Steven Holland, has positioned the bronze horse head upon a tear shaped plinth made of granite. The height of the plinth allows the memorial to be accessible, encouraging visitors to engage with the horse's head in the same way they might have a personal interaction with animals generally. The horse head is a poignant relic, rich in history, drama and emotion. It provides a tangible link to all animals and in this new setting is a sensitive and symbolic memorial for all animals that have served in war.